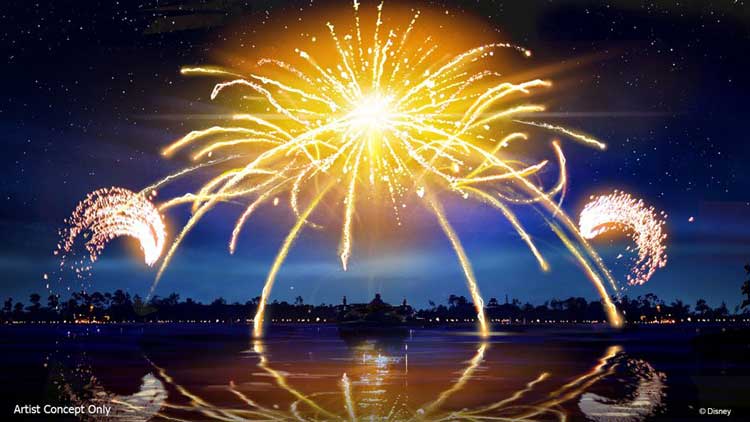 A new nighttime spectacular will transform Epcot’s World Showcase lagoon beginning in 2020. The exciting update will come as part of the park’s multi-year transformation that will remake the entrance and core sections of Future World.

According to Disney Parks chair Bob Chapek, the new show will celebrate Disney music and how it inspires people from around the world. Expect massive floating set pieces, custom-built LED panels, even more choreographed moved fountains, lights, lasers, and, of course, fireworks.

But wait, you say. Didn’t Walt Disney World already announce the end of Illuminations: Reflections of Earth in the fall of 2019 and its replacement to start immediately thereafter? That’s still true. It’s just that the replacement will be a temporary show while EPCOT completes some upgrades for the big enchilada. 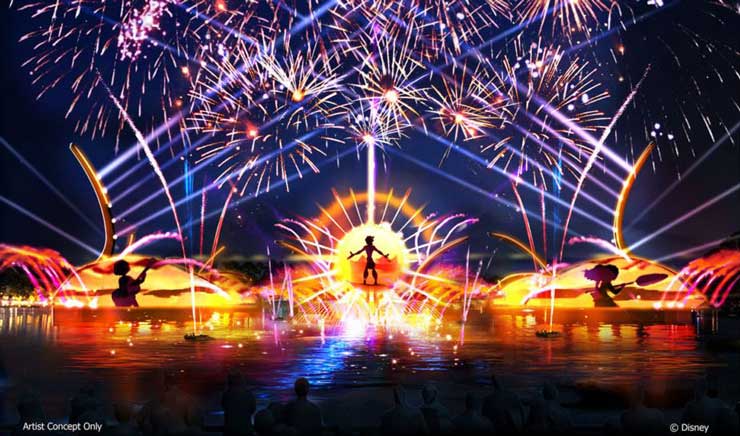 The limited-time experience will be called “Epcot Forever” and will feature classic Epcot soundtracks. Sounds like something fans of the park will really love.

While drones were not mentioned for either show, it’s largely rumored they will be involved in one or both. It’s also not unexpected that Disney will choose a new show that involves Disney music as the current park management isn’t shying away from putting more of its own intellectual property into EPCOT.

We think its good news that you won’t have to head to YouTube for your daily dose of classic EPCOT music anymore at least for a time. What do you think about the two new shows?