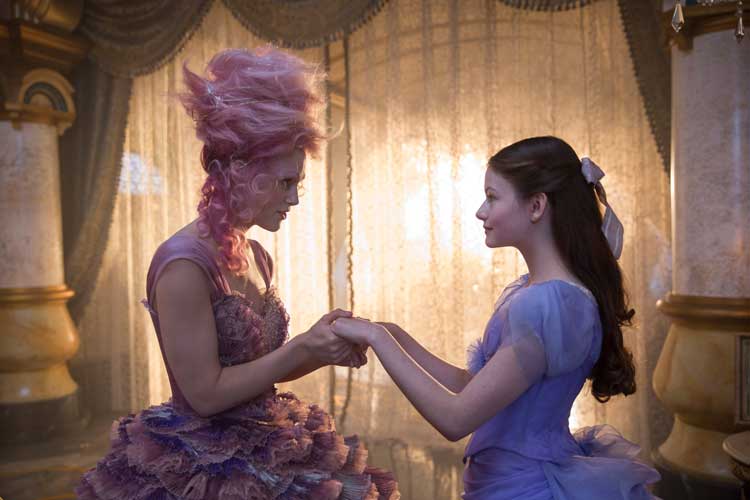 Clara is played by MacKenzie Foy, who will look familiar to fans of the Twilight Saga: Breaking Dawn – Part 2, where she played Renesmee Cullen and Intersteller, where she played young Murphy. Foy is joined by big names like Keira Knightly as The Sugar Plum Fairy, Helen Mirren as Mother Ginger, and Morgan Freeman as Drosselmeyer. Dancing talent lifted from the stage include ballet stars Misty Copeland and Sergei Polunin.

A new poster for the film was also released: 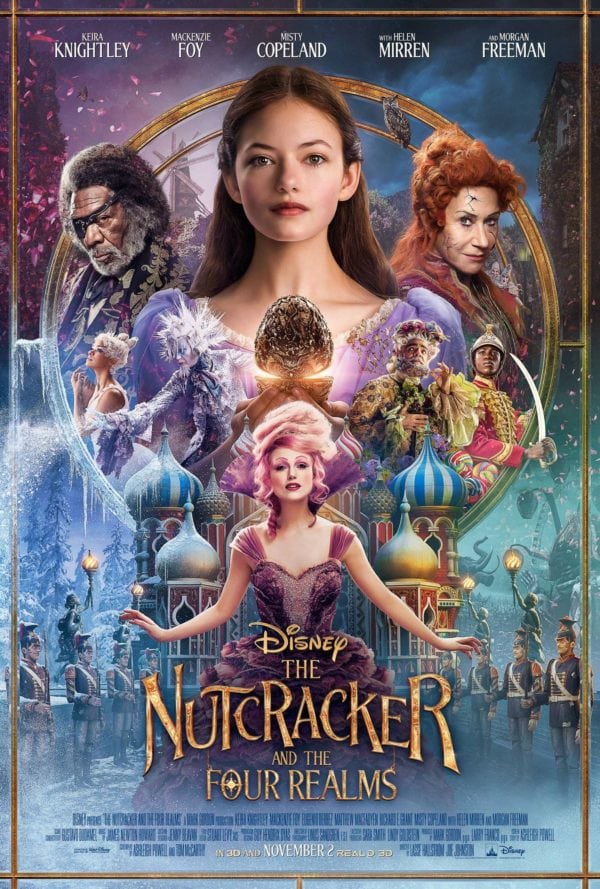 The new trailer makes it clearer than ever, the movie is aiming for fans who loved the look and feel of Disney’s remake of “Cinderella” or “Beauty and the Beast.” They’ll feel right at home with “The Nutcracker and The Four Realms” from Disney. If everything goes to plan, a trip to the Four Realms could become a new holiday movie tradition for families too.

Fun fact: Tchaikovsky’s “The Nutcracker” symphony and subsequent ballet was based on an adaption of the original book by Alexander Dumas Père. It premiered a week before Christmas in 1892 and became a holiday tradition around the world. The New York City Ballet first performed George Balanchine’s “Nutcracker” in 1954.

All Clara (Mackenzie Foy) wants is a key – a one-of-a-kind key that will unlock a box that holds a priceless gift. A golden thread, presented to her at godfather Drosselmeyer’s (Morgan Freeman) annual holiday party, leads her to the coveted key—which promptly disappears into a strange and mysterious parallel world. It’s there that Clara encounters a soldier named Phillip (Jayden Fowora-Knight), a gang of mice and the regents who preside over three Realms: Land of Snowflakes, Land of Flowers and Land of Sweets. Clara and Phillip must brave the ominous Fourth Realm, home to the tyrant Mother Ginger (Helen Mirren), to retrieve Clara’s key and hopefully return harmony to the unstable world.

Disney’s “The Nutcracker and The Four Realms” dances into theaters on November 2, 2018. Fans in the UK get access to the four realms on October 26, 2018.

Previously: Watch first trailer for Disney’s “The Nutcracker and The Four Realms”