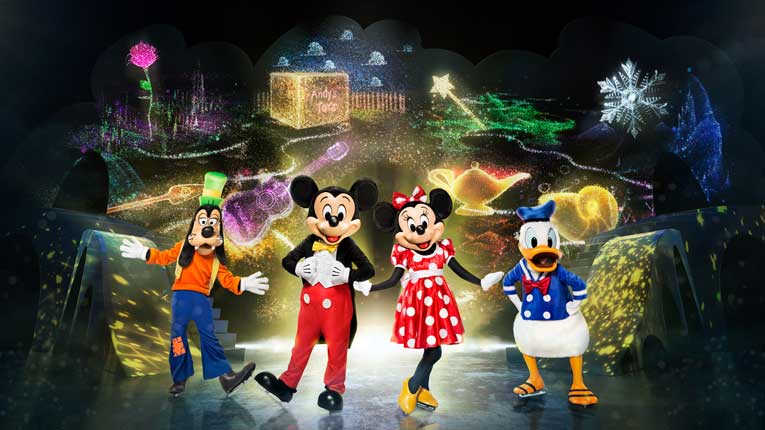 With a plan to bring the magic of it’s fan favorite Disney on Ice arena show closer than ever to fans, Feld Entertainment has developed Mickey’s Search Party. The new show launches in September 2018 and promises to elevate the ice show experience with brand-new show elements that will fascinate both newcomers and regular fans alike.

“Our goal with any show, no matter where you are in the world, is to deliver transformative performances that captivate audiences time and time again. With this production of Disney On Ice, we have brought the magic closer to guests than ever before by having the audience become an integral part of advancing the narrative as each story unfolds,” said Nicole Feld, Executive Vice President and Producer for Feld Entertainment. “We have pushed the action past the ice, expanding the stage beyond our traditional surface. The excitement will not only happen in front of fans but all around them with characters emerging from the stands in unexpected places for one-on-one delightful moments.”

What’s in the show:

Joined by Mickey Mouse and Minnie Mouse, live hosts will enliven the performance space by welcoming everyone into the magical world of Disney On Ice, setting the stage for a participatory adventure.

Guests will embark on a search for clues to find Tinker Bell after Captain Hook tries to capture her magic. As each scene unfolds, compelling storytelling will be delivered through multi-level production numbers by skaters, performers and acrobats alike.

As Miguel from Pixar’s Coco crosses the marigold bridge, he finds himself in the magnificent and mystical Land of the Dead. In this culturally rich, vibrantly colorful performance, skeletons atop sway poles swing back and forth over the audience in a dazzling display perfectly suited to this exciting and beautiful celebration of family. 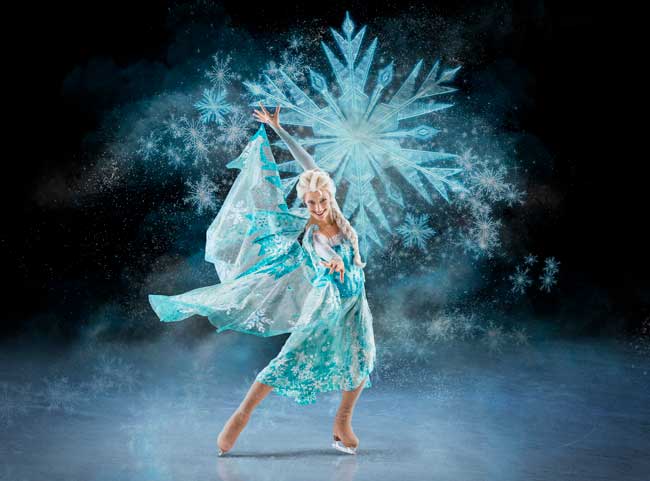 Through video projection, Arendelle builds from the ground up, and ice harvesters from Disney’s Frozen use extreme skating to launch themselves from the mountainous, wintry slopes delivering an athletically-driven performance as they chop their way through blocks of ice.

The iconic chandelier seen in “Be Our Guest” comes to life as Belle and the enchanted objects from Beauty and the Beast become a rotating carousel that lifts upward into the air using aerial silks, mesmerizing onlookers seated above and below.

In a high-energy opening number, Club Mickey Mouse-inspired performers will hype up the crowd through cutting-edge figure skating choreography and hoverboard tricks on the ice.

Air tracks will also allow the hilarious pirates aboard the Jolly Roger to flip, tumble and twist to greater heights as they attempt to showcase their talents for Captain Hook.

Aerial straps combined with Adagio pair skating will elevate Ariel’s transformation from mermaid to human, creating a spell-bounding sequence high above the ice with Prince Eric to the classic song, “Kiss The Girl.” Creative costume design and fabrication will enhance the scenes as the ensemble imitates life “Under the Sea” from Disney’s The Little Mermaid and will also give the illusion the ice is enveloped in flames as Moana encounters Te Ka on her daring voyage to restore the heart of Te Fiti. 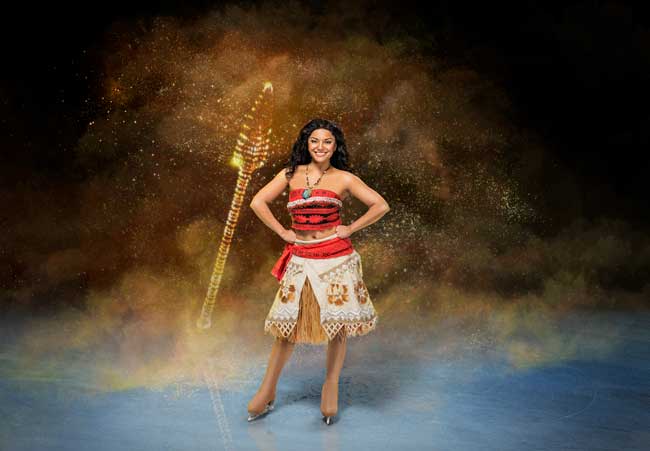 Mickey’s Search Party will feature a collection of Disney characters fans know and love portrayed by decorated performer-athletes who push the boundaries of what is possible. Their theatrical talents combined with this innovative Disney On Ice production elevates the live entertainment experience and will leave families with memories that will last a lifetime.

The show debuts in Orlando, FL on September 7th before traveling around Florida to Sunrise, Fort Myers, and then Miami. After that it heads north for the rest of 2018 and into 2019.

Tickets are on sale now for all 2018 engagements at DisneyOnIce.com. Check to see when it comes to a city near you.