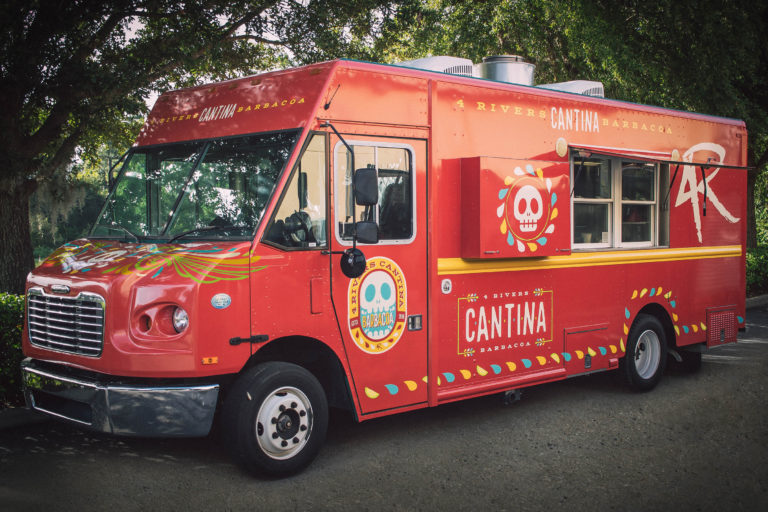 The award winning 4 Rivers BBQ restaurant started just north of Orlando with food so delicious that customers would line up 50 deep just to get a plate. Since then Chef John Rivers has expanded his 4 Rivers brand across the southeast region of the US. Now Rivers will launch its newest concept in late August with the opening of its 4R Cantina Barbacoa Food Truck located in the Marketplace at Disney Springs, the first time Chef Rivers’ amazing food has been available at Walt Disney World.

The 4R Cantina Barbacoa Food Truck will debut a variety of new signature dishes, including a Taco Cone and Burrito Bowl filled with choice of meats such as Brisket Barbacoa or Pork Sofrito. The food truck will also offer standout vegetarian options like the Squash Blossom Burrito. Additionally, decadent desserts such as Dulce De Leche Churro Balls will be available.

“It’s an honor to open the 4R Cantina Barbacoa Food Truck at Disney Springs in the company of so many talented chefs and award-winning restaurants,” said John Rivers, 4R Restaurant Group Founder and CEO. “Our first-ever daily 4R offering at Disney Springs will provide an opportunity for tourists to savor an authentic local brand. It will also give Floridians who know and love our food an all-new 4R experience and chance to enjoy dishes that are not currently available at any of our 4 Rivers Smokehouses.”

Inspired by his recent culinary adventures in Mexico City, Rivers has developed the food truck’s barbacoa-style menu. Dishes will feature signature 4 Rivers meats such as brisket and pulled pork, but prepared using traditional barbacoa techniques – methods with roots in the Caribbean and ultimately perfected in Mexico. 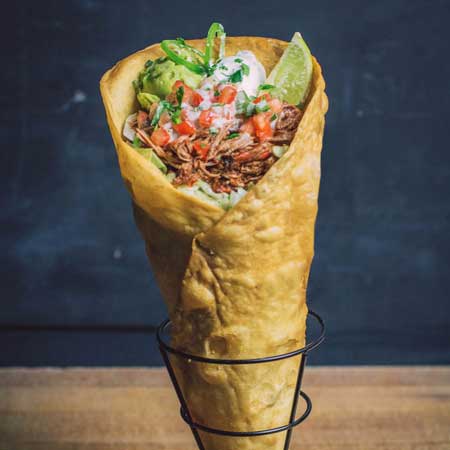 It’s not mentioned in the press release, but it looks like that to make this ‘new’ food truck, Disney has put a new wrap on one of its the four food trucks that used to be parked at Disney Springs. This isn’t unusual in the food truck world. But I’m hoping my favorite food truck, the Main Street fare, wasn’t the one that was sacrificed.

If you’re familiar with 4 Rivers then you know they close all their restaurants on Sunday to give their employees a day of rest. That won’t work at Walt Disney World where millions of tourists visit every day of the week. So the 4R BBQ truck will donate profits from its Sunday sales to a foundation that helps local schools and charities. Other 4R locations will remain closed on Sundays.

In the era of the modern mall where big box department starts are having a hard time competing against Amazon and other online retailers, food is the new anchor chain that attracts customers to the mall. Evidence of this is displayed broadly at Disney Springs where there are ton of restaurants, and more on the way. Are you more likely to come to Disney Springs for the food and entertainment and stay to shop or head there to shop and stay to eat or catch a movie?

We can’t wait to try it. Right now opening is planned for sometime later this month on the Marketplace side of Disney Springs. We’ll keep our eyes open.