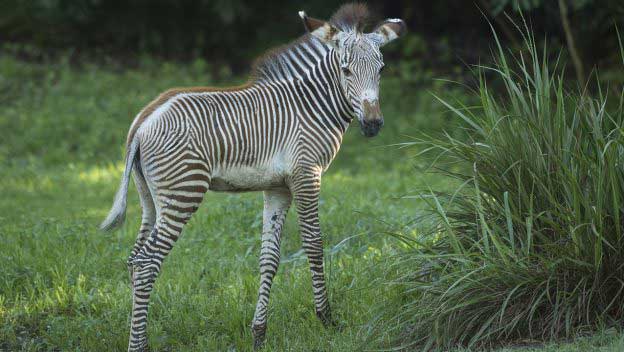 A little over a month ago, we learned that Disney’s Animal Kingdom had welcomed a pair of Grevy’s Zebra foals to their herd. Now the pair are ready to meet their adoring public with Disney providing the first photos of them out in the park.

Youka and Zalika join other Grevy’s zebra foals in the Gorilla Falls Exploration Trail section of Disney’s Animal Kingdom (near Kilimanjaro Safaris exit). With stripe patterns inherited from their moms and personalities adopted from their parents, they are a welcome addition to the park.

Disney reports that Zuri’s foal Zalika is the shy type, just like her mom. Laylee’s foal Youka is more curious and independent. Laylee has always been inquisitive and her foal has similar attitudes about life. 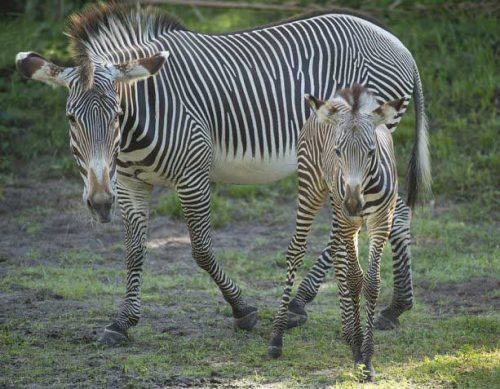 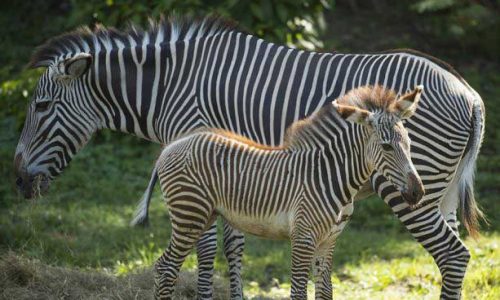 Disney’s Animal Care Program plays an important role in conservation of endangered species. Grevy’s Zebras are the most endangered of all zebra species. So these births are an important part of the species survival plan. We hope for a long and fruitful life for these beautiful creatures and can’t wait until we can make it out to the Savannah to seem them frolic and play for ourselves. How about you?