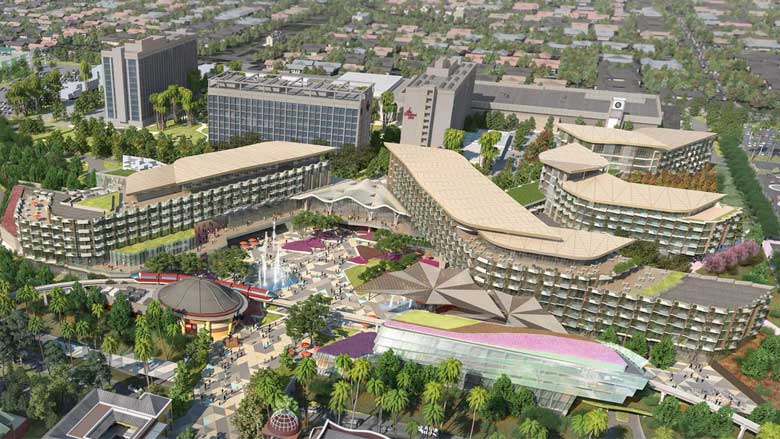 Disneyland’s decision to move their new luxury hotel from the parking lot next door to Downtown Disney to right on top of it, will result in a number of popular locations at Disneyland’s outdoor mall to close. Among the locations that will close shortly are ESPN Zone, AMC Downtown Disney theaters, and Rainforest Cafe. The new resort will have some space for retail and dining, but during construction some adjustments are required.

Closures of the following locations are expected to begin in June:

We have learned that AMC Downtown Disney will move over to GardenWalk on the other side of the Disney Resort. The Rainforest Cafe, Earl of Sandwich, Starbucks, and Alamo office are also expected to move to new locations.

The hotel will employ 1,000 cast members when it opens and is expected to employ 1,500 during construction. Hotel construction will start in the summer with an estimated opening date sometime in 2021.

Which Downtown Disney location will you miss the most?