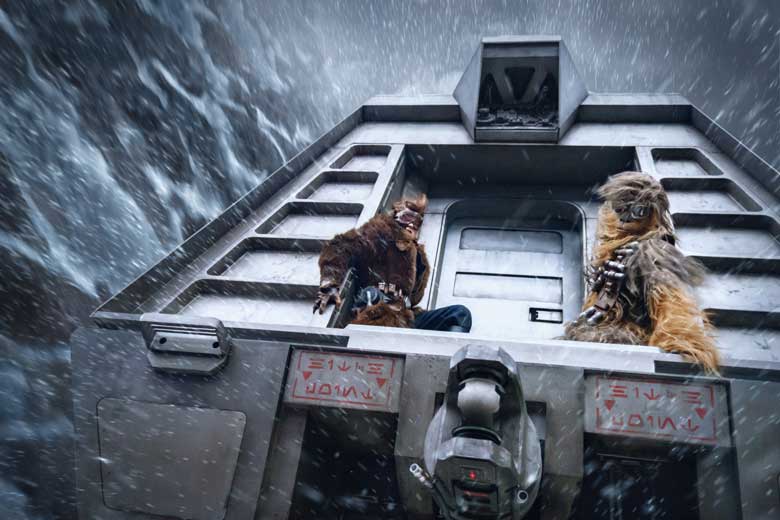 Were you watching American Idol tonight? If not, you missed the exciting new extended trailer for Solo: A Star Wars Story. The stand-alone Star Wars film will explore the origins of Han Solo and how he grew into the scoundrel, smuggler, and scruffy nerfherder we come to know and love in the Star Wars saga movies.

Wait is that Chewbacca’s family at minute 1:32? Also, he’s 190 years old at this point (give or take). In Wookie year’s that’s still not quite middle aged. Apparently they live to be over 400.

Admittedly it’s hard to feel that Lando, Han and Chewie are in any real risk in the film, because we know they survive to later movies, but the other’s not so much.

After some controversy over their initial movie poster treatment, Disney and Lucasfilm had to remake their movie posters and this is the new look. 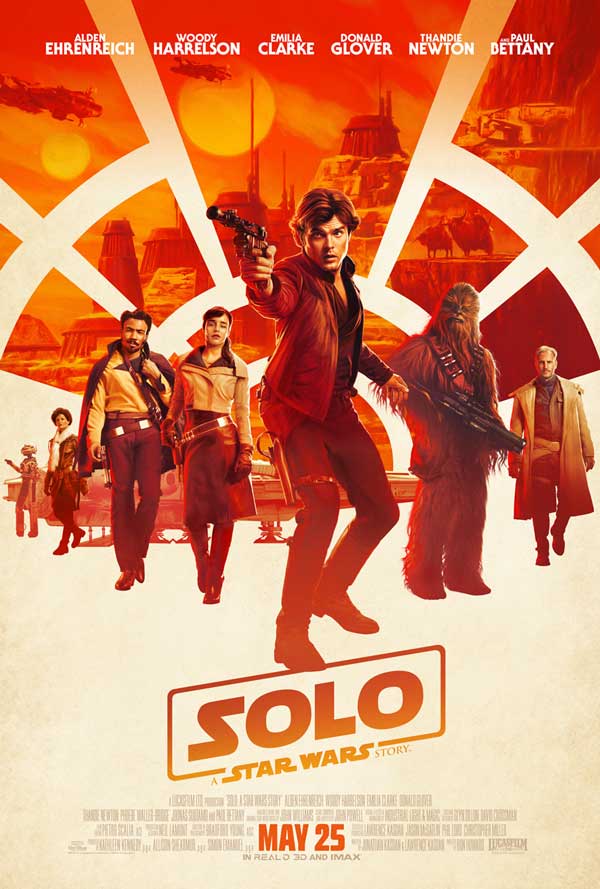 Have to say I’m pretty happy with the way it turned out. Those lines replicate the Millennial Falcon cockpit. It’s a great look

We also learned the Warwick Davis and Jon Favreau have joined the cast in as-yet unannounced roles.