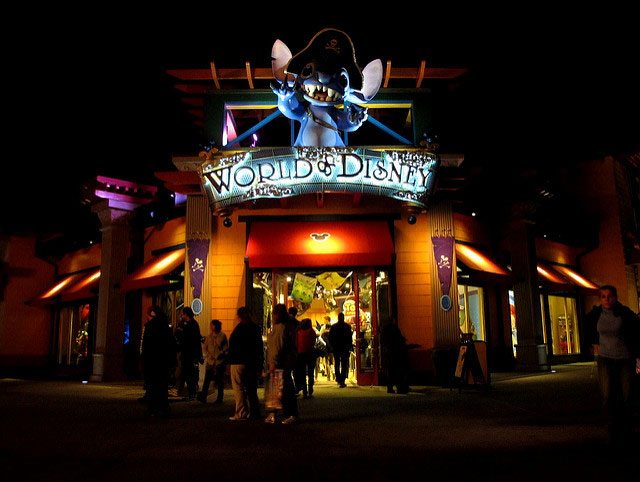 Two of the world’s largest Disney Stores will be undergoing a dramatic change as the decision has been made to remodel the World of Disney stores at Disneyland’s Downtown Disney complex in Anaheim, CA and at Disney Springs in Orlando, FL.

Disney plans to keep the stores open by doing phased closures during the work. Additionally, some additional outposts located in other parks of the Disney shopping mall will be opened to carry merchandise that you might usually find at World of Disney as well. While no opening date has been set, the work is expected to take just around one year.

The Disney Springs location originally opened in 1996 and now features over 51,000 square feet of retail space with specialty areas for jewelry, toys, princess items, and household goods. There are plenty of items available for any Disney fan to add to their collection.

Although a significant remodel was just completed two years ago at the Walt Disney World location, obviously, it didn’t provide enough flexibility within the store, so they’re going to try again.

The Disneyland location is a bit smaller at around 40,000 square feet of shopping. It opened in 2001 when Disneyland opened it’s own Downtown Disney.

For awhile, there was a third domestic World of Disney store located on Fifth Avenue in New York City. The unique multi-level store reigned from October 2004 to December 2009 when the great recession did it in.

Retail consumers habits have been changing as of late with many turning to online shopping. It will be interesting to see if the new look for World of Disney makes some sort of accommodation for those who like to try it on in a store, but have it shipped to their home.

The original World of Disney concept was known for it’s larger than life animation characters and whimsical feel. It’s believed the new look will be cleaner and easier for Disney to reconfigure as seasons and guest preferences change.

The remodel work is expected to begin in early February at both locations.

Previously: Inside the new modern look of the Disney Store’s newest concept.