Inside the new prototype Disney Store in Century City, CA Members of The Disney Blog staff happened to be in Century City Mall this week and they took the opportunity to check out one of the new prototype stores for The Disney Store. Although there are still a few of the original Disney Stores around, most had been converted to a fairy tale forest motif a few years ago. But even those stores will soon be converted to the new look.

The store is about as far away from the original vision of the Disney Store as you can imagine. No longer an extension of the warm family friendly character driven Disney brand with its design, it is stark, focused on technology and interactive features. Even the facade reminds me of an Apple technology store more than something where you would expect magical memories to be made. 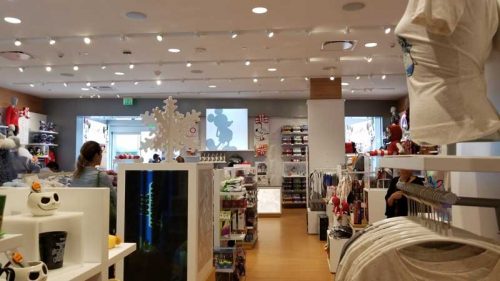 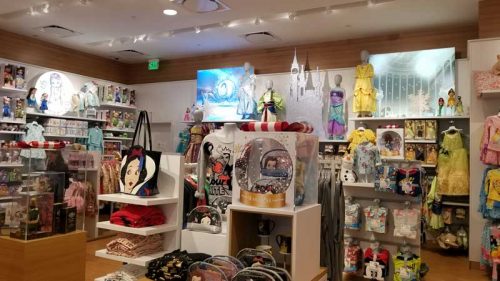 There are hints of Disney branding, but not much 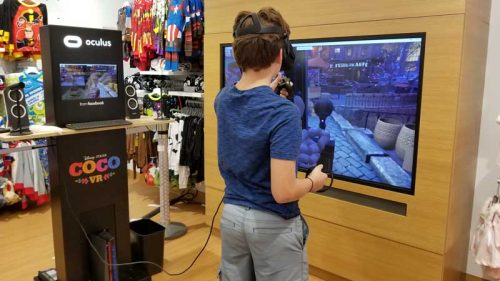 Technology is a big focus 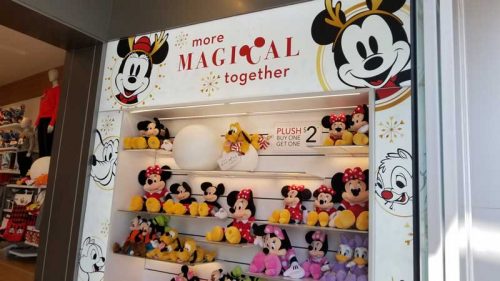 But themed displays are few 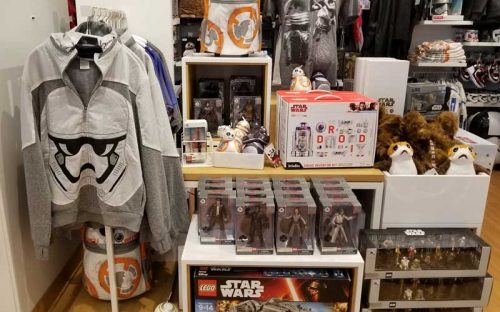 Other than the merchandise, this display could be in any store 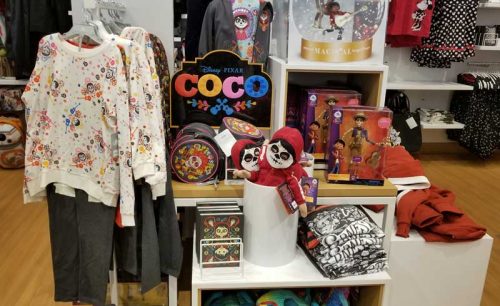 Disney does have a plan. It may even make sense, but it is it worth throwing away nearly everything your brand stands for?

“No one creates experiences like Disney and our pilot stores will be testing grounds for interactive features that will differentiate the Disney shopping experience in the changing retail landscape,” said Jimmy Pitaro, Chairman of Disney Consumer Products and Interactive.

Disney stores around the world will also be incorporating more product for guests of all ages, beyond their traditionally child-centric assortment. The new prototype stores and site were designed with dynamic layouts that allow flexibility in featuring the different worlds of Disney, Pixar, Star Wars and Marvel as new content comes to market. The look and feel of both shopping destinations is light and contemporary, allowing product and content to shine. In store, digital elements such as giant LED screens were incorporated for custom-designed guest experiences that reflect Disney’s storytelling tradition.

“We are a storytelling company and our vision was to create a retail space that reflected our heritage,” said Gainer. “Our stores are destinations and gathering places for fans of our iconic brands, and are often their closest physical Disney touch point so creating an authentic brand experience is key.”

Cast Members and Characters engage with guests in a variety of interactive experiences such as opening the store each day with a special Welcome Celebration, learning and play activities in the stores’ Play Room as well as personalized celebrations for any guest. The most spectacular experiences take place each afternoon when guests gather to watch the parade stream ‘LIVE from Disney Parks’ and every evening before store closing when a specially created digital fireworks display is shown on the giant storefront screen.

The new Disney store prototypes are now open in Century City, CA., Northridge, CA. and Miami, FL in the US as well as in Nagoya, Japan and Shanghai, China. A store in Munich, Germany is also planned to open (if it hasn’t already).

I will be honest, the cold stern design of the new store is almost completely devoid of the magic that made earlier generations of the Disney Store so unique. Technology is a means to deliver the magic, but it is not the Disney brand itself.

What this means, however, is that the merchandise now has to stand on its own. Disney Consumer Products will have to make sure every piece of merchandise is brilliant and capable of communicating the magic that is the Disney brand on its own.

I believe this is a good thing, if they can pull it off.

What do you think about the new look for the Disney Stores?