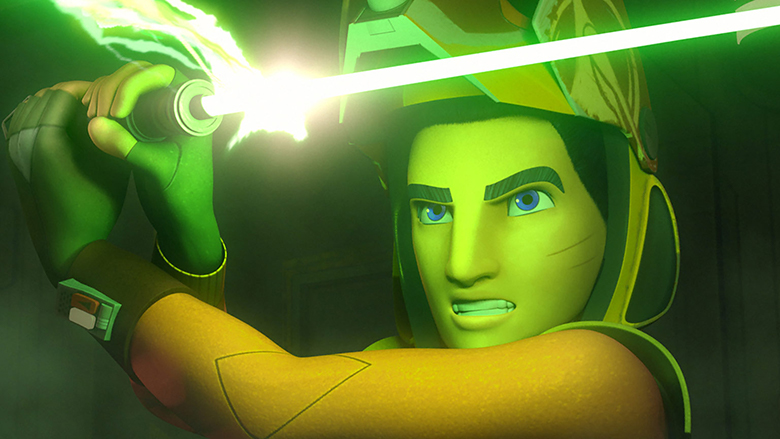 Fans of Star Wars Rebels, the acclaimed animated series on Disney XD, are rejoicing despite a looming sense of dread! The first trailer for season for following the adventures of Ezra, Kanan, Hera and the rest of the crew of the Ghost, and the Rebellion, as they find themselves drawn closer into a full out war with the Empire. We know that when the Empire is involved no one is ever really safe.

This is our first look at the fourth and final season of the show. Thankfully, it looks like there is still plenty of great storytelling from the Star Wars galaxy still to come for our band of rebels.

Some big moments in there, including the return of SaW Gerrera, Mandalorian armor on Kanan, Ezra going full Jedi with his lightsaber, and Admiral Tarkin mentioning project Stardust, which we know from Rogue One, is the code word for the Death Star. There’s so much we want to know about this season, but we’re scared to ask. We know some cast members survive to appear in Rogue One, which itself leads right up to Star Wars: A New Hope and the destruction of the first Death Star. What happens to everyone else? We’re led to believe that there are no other Jedi left when Yoda trains Luke, so what happens to Ezra and Kanan? Does Sabine survive to lead the Mandalorians? 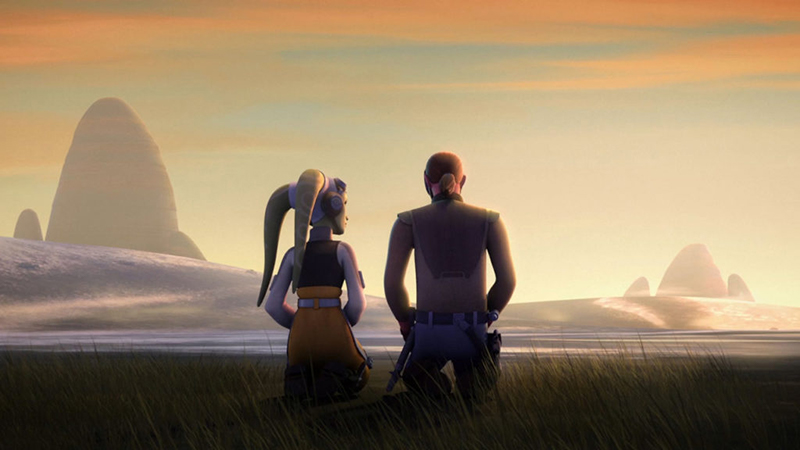 “It’s how we choose to fight that matters. Maybe we’re choosing the wrong way?” says Ezra. I can’t help but see that as a sign they might get out of this yet… who knows? But the death of two main characters is pretty deep stuff for DisneyXD. Who do you think makes it out of Season 4 of Star Wars Rebels alive?