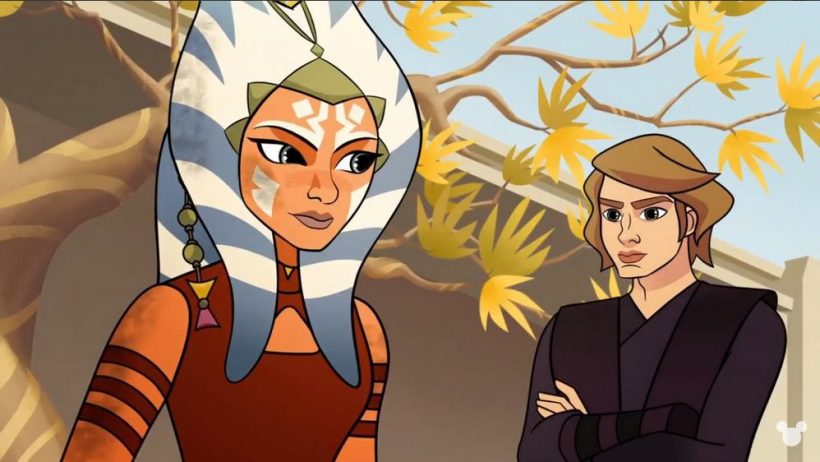 Fans of the animated TV series Star Wars: Clone Wars will be happy with the fourth effort in the new Star Wars: Forces of Destiny series of animated shorts. It features Jedi Padawan Ahsoka Tano who is on her way to a Jedi Ceremony with Yoda and Anakin.

After encountering a pair of frightened citizens, Ahsoka takes on a towering defective droid and uses her brain power and jedi skills to defeat it.

Ashley Eckstein returned to voice Ahsoka in this short and Matt Lanter provided Anakin’s voice. What did you think of “The Padawan Path?”

Previously: Episodes I & II, and Episode III for Forces of Destiny.