Star Wars: Forces of Destiny brings back Ewoks and Princess Leia in Episode 3 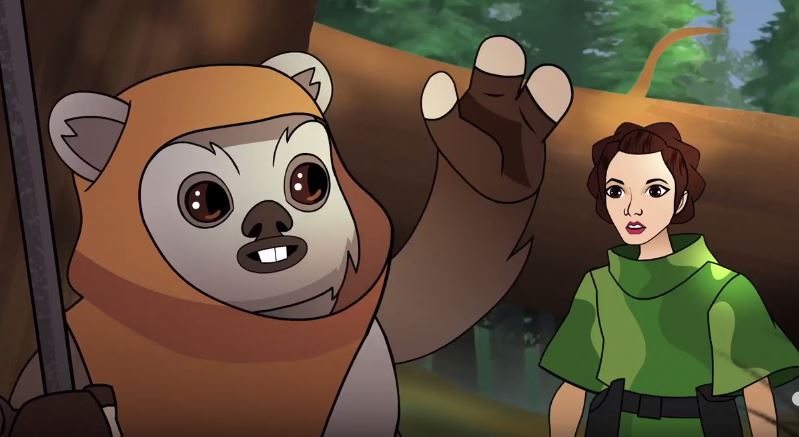 Return to the forests of the moon of Endor in the third Star Wars: Forces of Destiny animated short. The third episode is titled – Ewok Escape. It’s set during the time when Wicket the Ewok was walking Princess Leia back through the forest. Yes, it’s almost a ‘deleted scene’ from Star Wars: Return of the Jedi.

Well, that explains how she got the dress and why the Storm Troopers got really unhappy at the Ewoks later.

These shorts are important to those right at the top of Lucasfilm, including Lucasfilm President Kathleen Kennedy who said:

“Star Wars: Forces of Destiny is for anyone who has been inspired by Leia’s heroism, Rey’s courage, or Ahsoka’s tenacity….

We’re thrilled that so many of the original actors are reprising their roles in these shorts, which capture the small moments and everyday decisions that shape who these characters are.

It is a fun new way for people to experience Star Wars.”

Stay tuned for more Star Wars: Forces of Destiny. We’ll add them to the blog as they’re published.