Celebrity Spotting: Michael Rooker at Disneyland with you know who…. 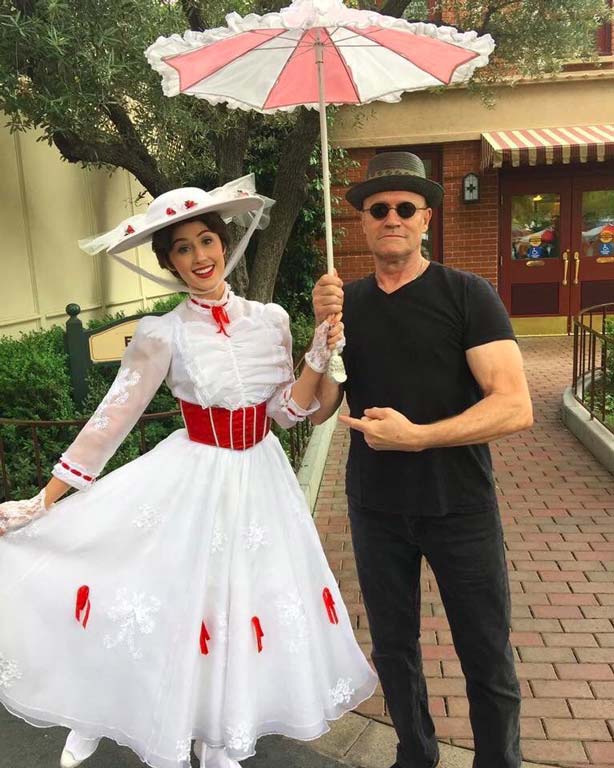 Michael Rooker plays Yondo in Marvel’s Guardians of the Galaxy series. Without giving too much away, he’s the blue skinned leader of a band of Ravagers who abducts the young Peter Quill from Earth. Then rather than deliver Quill to his real father, he acts as a surrogate father raising Peter Quill to become Star-Lord, a Guardian of the Galaxy.

In the 2nd film, aka Vol 2, Rooker gets some of the film’s biggest laughs by mis-quoting some bit of obscure Earth pop culture he heard from Quill. Those who see the above photo will immediately know the line being referenced here.

Rooker met Mary Poppins at Disneyland on Main Street USA (that’s first aid in the background). Judging by his Instagram account, he also enjoyed a trip down the Storybook Canal boats.

Who in the Instagram world can name this park

“Guardians of the Galaxy Vol. 2” is still burning up the box office on its way to beating the first film, but by how much is the question.

I love this THR interview with Rooker where he talks about working with Guardians director James Gunn and what it takes to play Yondu: