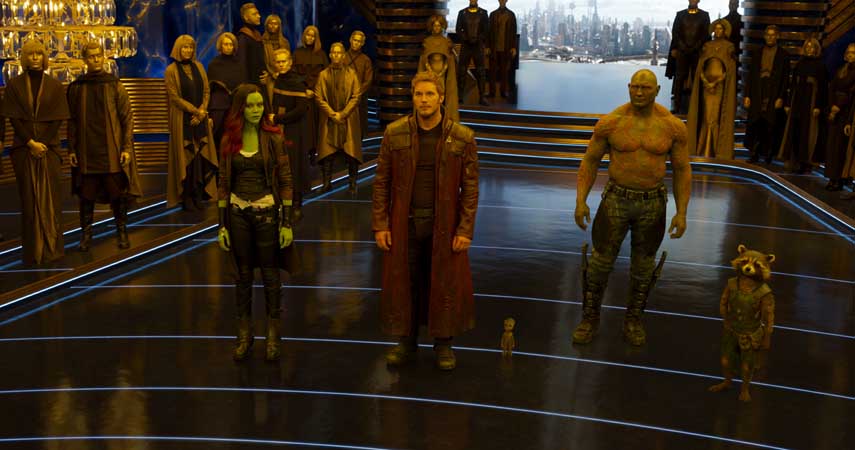 Marvel’s Guardians of the Galaxy Vol. 2 had another stellar weekend at the box office brigning in $63 million domestically to lead new challengers Snatched and King Arthur: Legend of the Sword. Guardians’ domestic total is now $246M, which places it as the 9th highest grossing movie in the Marvel Cinematic Universe. The $63 million was a little under estimates for the weekend, but still a better 2nd weekend performance than many other Marvel superhero films.

Internationally, Star-Lord, Gamora and the gang have earned a very respectable $384M. That means the film has earned $630.5M for its worldwide total. Not too shabby in just a few weeks. However, Guardians 2 has opened in its final international market, so growth will begin to slow down.

If Guardians 2 surpasses the domestic gross of the first Guardians then it should have no problem surpassing the first film’s total gross of $773M.

The movie stars Chris Pratt, Zoe Saldana, Dave Bautista, Karen Gillian, Kurt Russell, and Sylvester Stallone. Vin Diesel provides the voice of Baby Groot and Bradley Cooper lends his voice to Rocket. It was written and directed by James Gunn who has signed on to write and direct a third film in the trilogy.