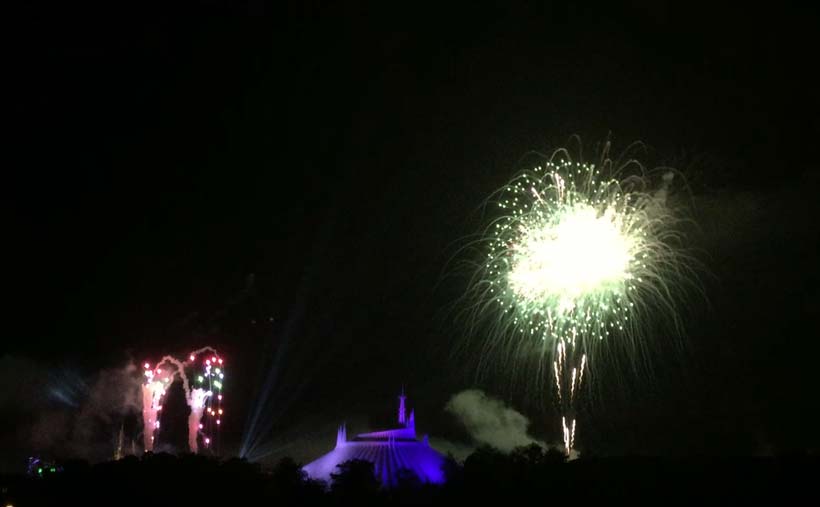 Although many will be sad to see “Wishes” fireworks end at the Magic Kingdom, the park’s night time entertainment has lagged behind that of its sister parks for more than half a decade. For that reason, we’re very much looking forward to “Happily Ever After.” The new show will include digital mapping projection on Cinderella Castle, powerful new lights, a ton of fireworks, and more.

How do we know this, Disney held a late night testing for the new show early this week. A reader of the blog was staying nearby and sent us a few short clips of the fireworks at the castle and behind the park.

We start with the finale, because why not have your dessert first:

I see some fireworks designs in there that are new to the Magic Kingdom. Can’t wait to get an up close look.

According to Todd Ribick, who provided us the clips, the fireworks test was conducted around 1:25 AM. Todd says, “Many of us are devastated to see Wishes come to an end as the new soundtrack will fail to compare to the narration of Jiminy Cricket and the respect given to many of the films that started it all. Sadly, Happily Ever After will not pay this respect to the classics, but it certainly has no lack of fire power based on what we witnessed last night.” 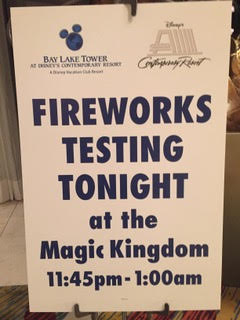 One of my worries for the new show was that it would be light on fireworks, but if these clips are any indication, there’s nothing to worry about. I am also impressed with the lights Disney has added for the show. Although you can’t see them very clearly here, they make an impressive pattern across the sky at various points during the show. Similar to what Disneyland had for its 60th anniversary show.

Now I just want a closer look at the digital projections and to hear the soundtrack for the first time. That chance will come on May 12, when “Happily Ever After” debuts at the Magic Kingdom.

BTW, Disney is expecting big crowds all week as fans come to say goodbye to “Wishes.” So be prepared for delays getting into the MK and big crowds once inside. Maybe consider a non-traditional location for your final visit, such as across the pond at the Polynesian.