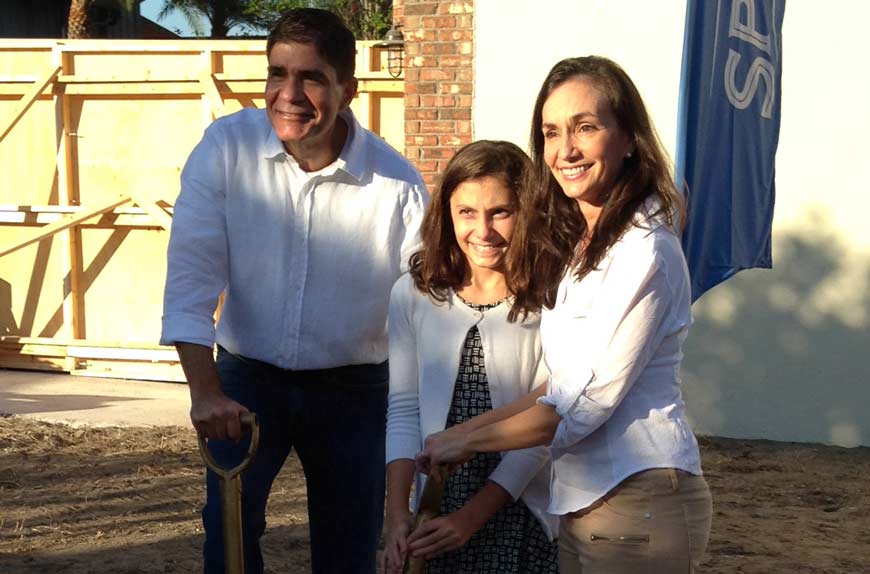 Being only one of 230 Master Sommeliers in the world, it stands to reason that George Miliotes is a little passionate about wine. So passionate that he is bringing his knowledge to a new wine bar in Disney Springs in Fall 2017 called Wine Bar George. Set between Vivoli il Gelato and Raglan Road right across from the Boathouse, when it is completed, it should be the perfect location to welcome guests who enjoy a glass or two. I had the pleasure of attending the groundbreaking and a tasting hosted by George himself.

Disney has already started construction on the site so it was a little messy but everyone was soon in good spirits as the champagne started pouring. George welcomed us to the event and expressed how excited he was that this project was finally being realized and thanked a long list of people who had contributed to making his dream a reality. His wife, youngest daughter, and he then dug into the site using golden shovels and the groundbreaking was complete. 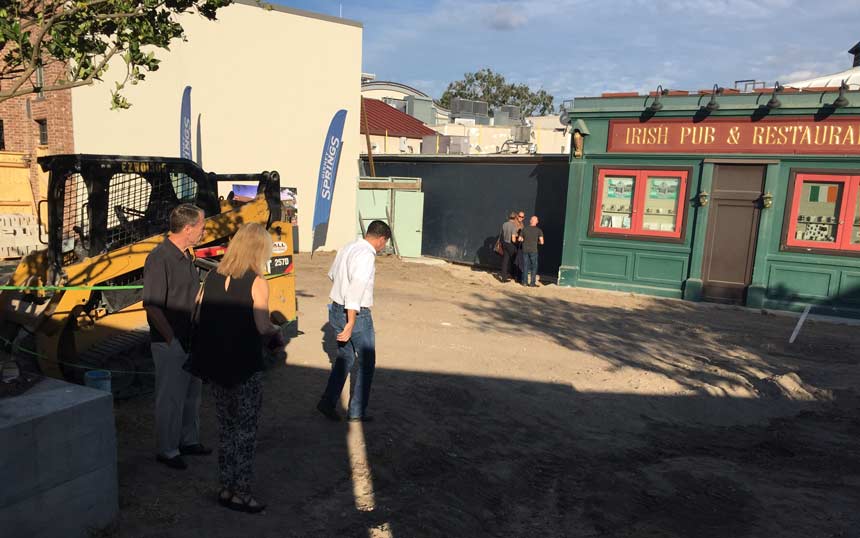 Members of the media were then invited to the Disney Springs welcome center above Splitsville for a tasting and preview of the wine bar itself. Before us were two grand tables. Each place setting had three glasses of champagne and a plate with cheese, prosciutto and mini baguette slices. George handpicked the wine himself. The first one was Chardonnay, the second Pinot Noir, and the final one was Meunier. 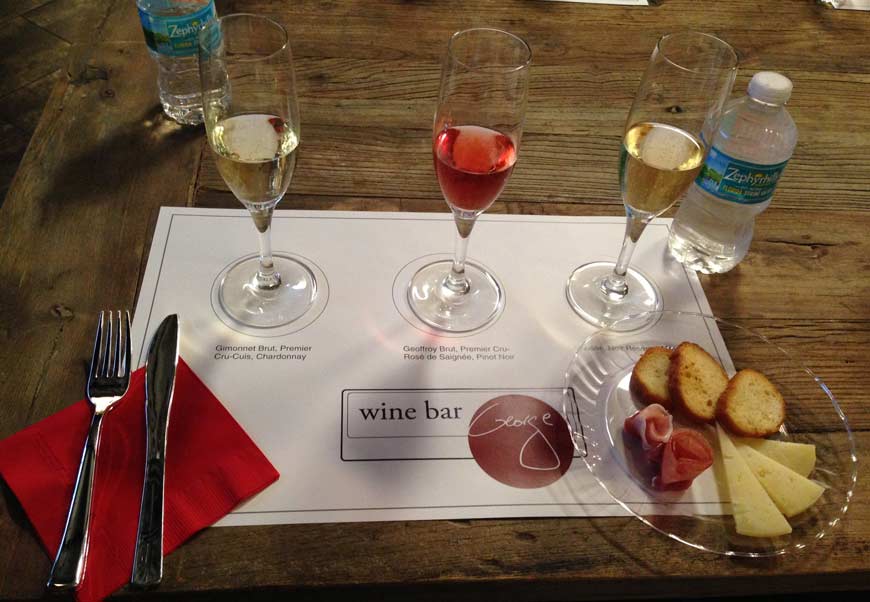 He gave all of us a presentation on Wine Bar George. The story behind it is an old winery that had become so popular, the family running it decided to serve food to accompany their delicious wine but that had also become so popular so they added a second floor to the establishment. George hopes to have over 100 wines to start on the menu, most of them, you can purchase by the glass. He also said he will have higher quality wines being served in two ounce pour. The interior of the bar will be filled with wood and dark colors. He really wants to add education along with the experience. For example, on each food item on the menu will have a different color dot pertaining to the wine that best pairs with the type of food. George stated that none of this was finalized but he expects the final product to carry on his same ideas. Guests can expect to see Wine Bar George open in late 2017.

Editors Note: Thanks to Mandy for attending and covering this event for The Disney Blog.