Our first look at Wine Bar George at Disney Springs 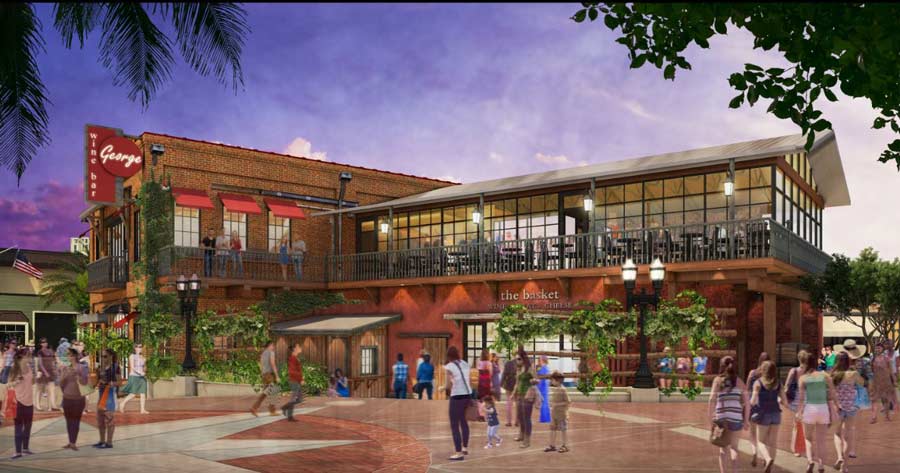 Now that Disney Springs has opened the majority of its expansion, it’s a good time to reflect and see what holes there are in the offerings. I’ve made the point that the new Town Center area is in desperate need of a Jazz Club, the West Side would probably benefit from one more big entertainment option (two if DisneyQuest really is closing) like a Broadway style theater for Disney’s touring/work=shopped musicals or even another indoor sports option (thinking something like Top Golf). One need that will be shortly filled is that of a proper wine bar.

A good wine bar is an educational resource for both wine lovers and those who are less knowledgeable but find themselves wanting something that will be pleasing to their palate. It’s a place to sample new wines, explore potential pairings, and, meet with friends.

All that was recently announced in the form of Wine Bar George, from Master Sommelier George Miliotes, coming to The Landing area of Disney Springs in 2017.

Here’s a short welcome video from George Miliotes himself:

We’ve also been given our first look at what Wine Bar George will look like via the architectural rendering up top. Judging by the new rendering, which is not a blueprint so final details might be different, it looks like the 2nd floor, which will be home to the Wine Bar itself, will extend across the top of the existing building that houses Vivoli il Gelato and Joffrey’s Tea Traders

It also appears there will be a shop on the main floor called The Basket which will feature Wine and Cheese selections. This is a great idea as Disney Springs would benefit from having a ‘to go’ market with wine, sandwiches, cheese, etc. It worked very well in California Adventure.

Expect construction to begin later this month with an opening scheduled for late 2017 in Disney Springs.

Are you a wine lover? If so, what do you think about Wine Bar George and the new rendering?