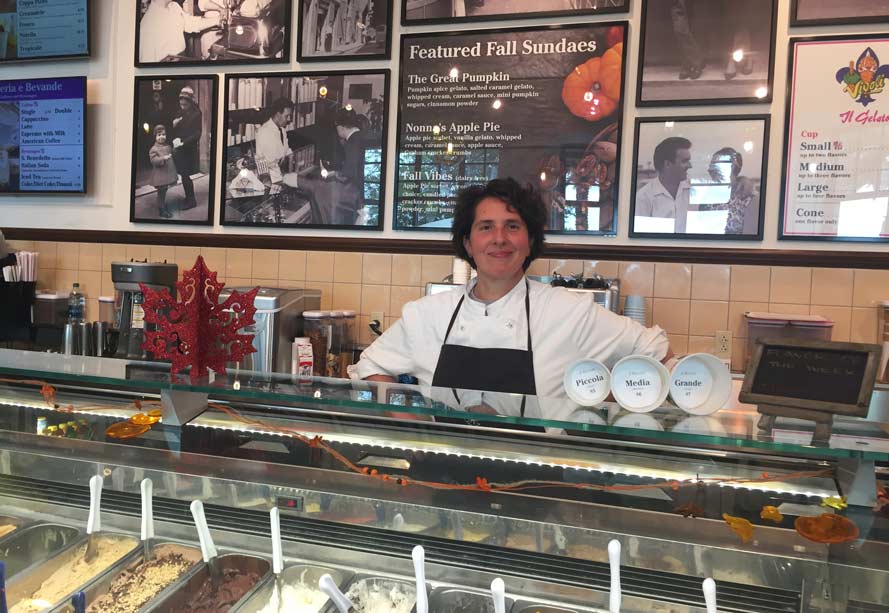 If only the weather surrounding Disney Springs could have matched the atmosphere for the debut of the new fall flavors at Vivoli il Gelato, a relatively new place in the area that once was Pleasure Island in Downtown Disney. Company owner Sylvana Vivoli, who had flown in from Italy, was in high spirits as she passionately spoke about the three new flavors that had recently debuted for the season.

It is only the third location in the world where you can find such gelato, there is a pop up shop at the Macy’s in New York, and the original location in Firenze, Italy. Slyvana’s grandfather and his brothers started the shop back in 1932. The recipes are the originals with no added preservatives or fillers. 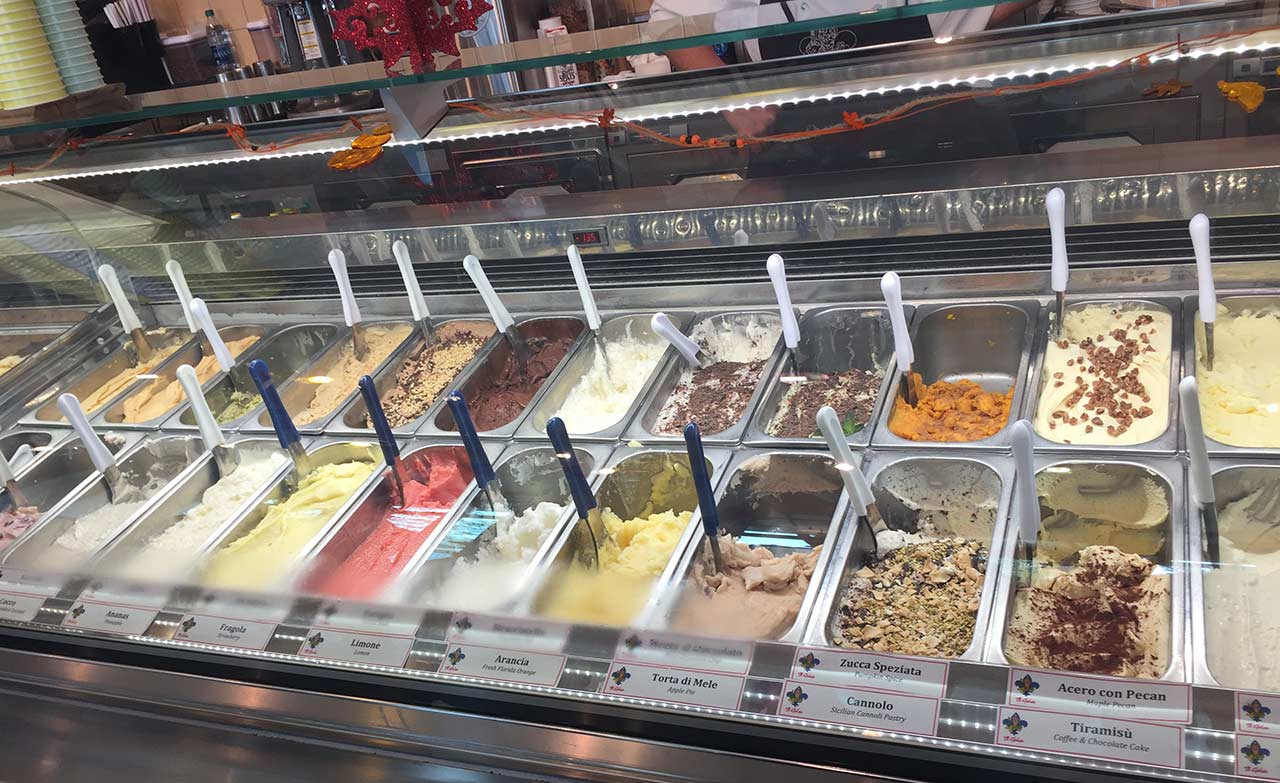 I had the utmost pleasure in trying one new flavor, Pumpkin Spice, but there is also Apple Pie and Tiramisu for guests to experience. Mixed with their cannoli flavor, it had felt like I actually had bit into one with pumpkin flavor (minus the hard outside of course).

Sylvana surprised a couple of us with a mixture any one can get in the shop, Affogato. It consists of two flavors mixed with a shot of expresso in the middle. Mine was only their Crema or Cream flavor but it tasted incredible just the same. It definitely was a great jump start to my day. 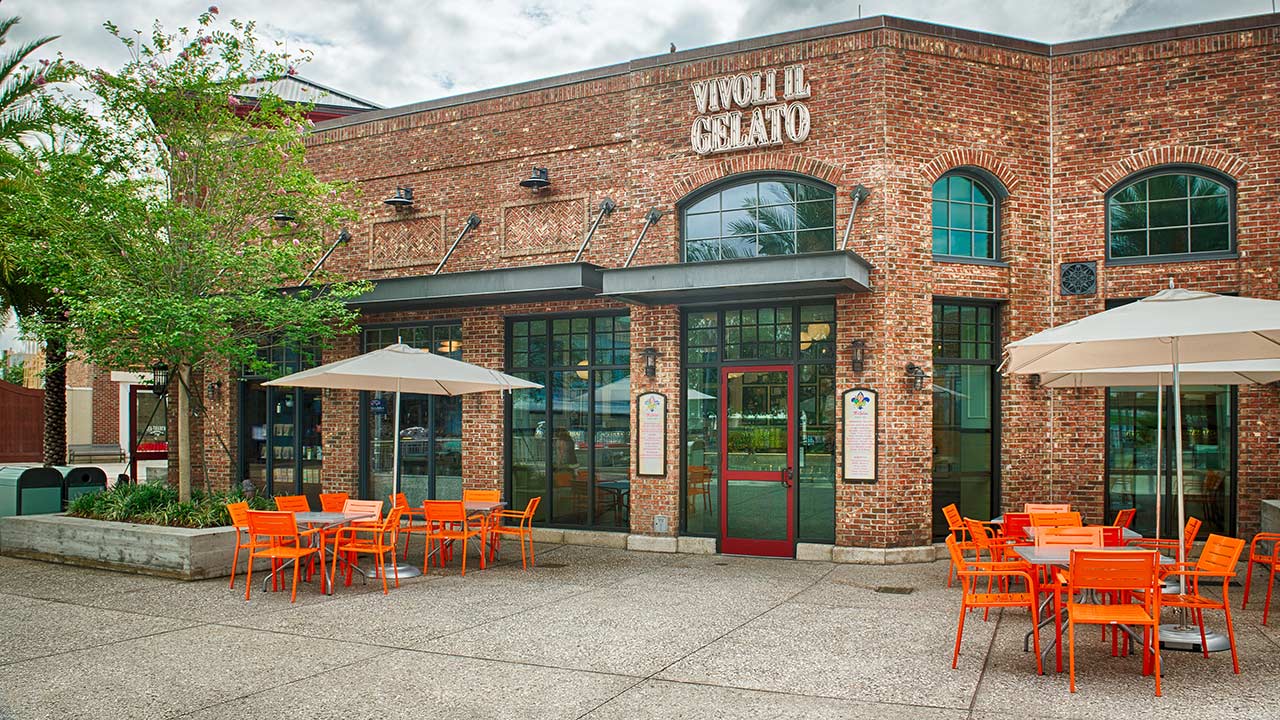 Vivoli il Gelato not only specializes in their gelato but also has authentic Italian cookies, and is known for their coffee, cappuccinos, and expresso. They have a variety of sundaes including some new ones for Fall that debuted along with the new flavors. If you’re looking for something different on a hot Florida day, try heading over and grabbing a scoop. Vivoli il Gelato is located almost directly across from The Boathouse.

Have you ever visited Vivoli il Gelato at Disney Springs? What did you enjoy the most?