Walt Disney World Magic Kingdom cast members were told earlier this week and yesterday Disney made it official, Disney’s Electrical Parade will be dimming its lights one last time on October 9th at the Magic Kingdom. After that it will return to Disneyland as the Main Street Electrical Parade for a limited time engagement as a final farewell.

Twenty years ago I sat on the curb on Main Street to say my final goodbyes to the Main Street Electrical Parade (MSEP). It was a great night and yes, I even bought the collectible ‘glowing away forever’ merchandise (including the infamous lightbulb). With a night to sleep on the news, I’ve reconciled my mixed emotions and am happy that a new generation will be able to see the parade in its original milieu.

Paint The Night will continue at Disneyland with some limited performances as well, but when the new night parade goes down for maintenance after the holiday season, the MSEP will be there to step in. Expect MSEP to make its first appearance at Disneyland in early 2017. There’s still no long-term announcement for whether Paint the Night will stay at Disneyland or move to another Disney park (most likely the Magic Kingdom) in 2017. 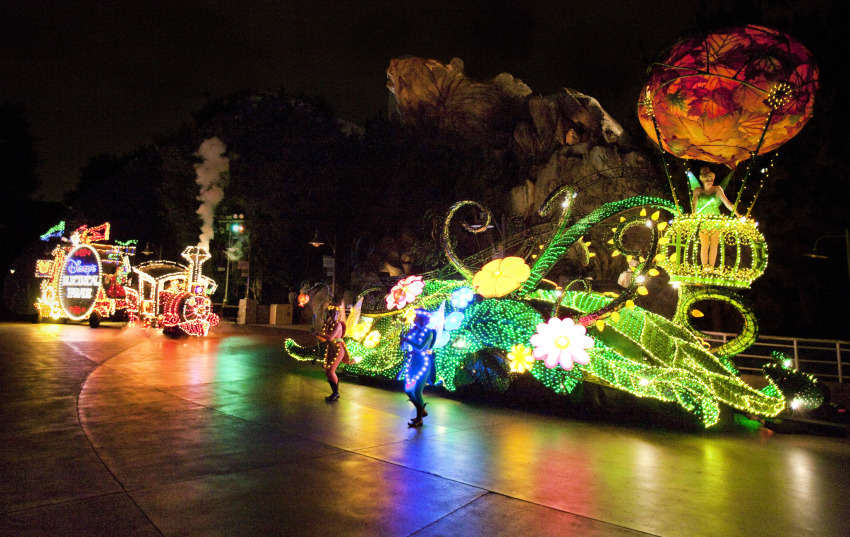 MSEP has been performing at the Magic Kingdom since 2010. It was supposed to be a limited run, but when the Spectromagic floats were discovered to beyond repair, the old parade was extended.

Having already been through one Main Street Electrical Parade farewell season, I can only hope the crowds aren’t as crazy at the Magic Kingdom. I won’t be buying any commemorative merchandise this time. And I am hoping that the Magic Kingdom gets a new parade that showcases the latest technologies.