Cinderella as told by Emoji 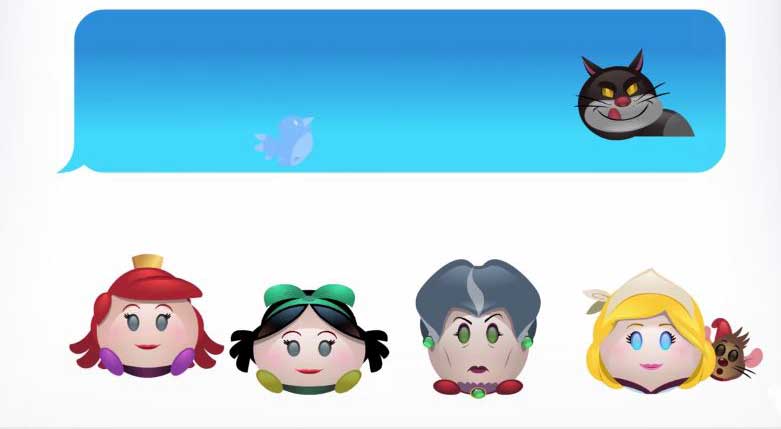 The newest episode of “As told by Emoji” from Disney returns to one of the classics – Cinderella. Of course with Emoji, the cuteness factor is dialed up to 9.

Join emoji-fied versions of Cinderella, Prince Charming, Fairy Godmother, Gus, the Wicked Stepmother, and more as they retell one of Disney’s most timeless stories.

I found that to be one of the more creative emoji retelling of Disney animation stories.

Created by the team at Disney Consumer Products and Interactive Media, the As Told By Emoji series has released seven episodes to-date, reaching more than 80 million views and has been translated into 25 languages.

This episode premieres in celebration of the news that all 11 Disney Princess films are being made available to bring home at the same time, Sept. 6 – Oct. 17, for the first time ever. For nearly 80 years, audiences have followed the dreams and magical adventures of Disney Princesses including Cinderella, Belle, Snow White, Aurora, Ariel, Jasmine, Pocahontas, Mulan, Tiana, Rapunzel and Merida. The timeless tales that introduced the world to these inspirational heroines include “Beauty and the Beast,” “Aladdin,” “Snow White and the Seven Dwarfs,” “Tangled,” “Cinderella,” “The Little Mermaid,” “Sleeping Beauty,” “The Princess and the Frog,” “Brave,” “Pocahontas,” and “Mulan.” And now, for the first time ever, all 11 of these timeless family favorites will be available to purchase during the same six-week window.

Which will you be adding to your library?