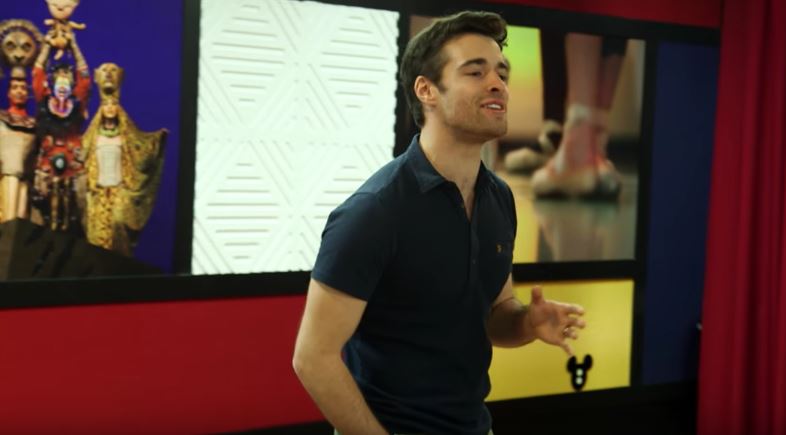 From a program that started as a simple way to allow marching bands to play at the Magic Kingdom, to a huge youth performing arts program, Disney’s efforts to serve school kids with an interest in the performing arts have grown over the years. Disney often brings in celebrities from the stage and screen (like Chita Rivera) to tutor the students. This week the big name was Corey Cott, who played Jack Kelley in “Newsies” on Broadway from 2012-2014.

Here Cott is as part of the “Disney Sings” workshop, a workshop he himself took as a school kid when his performing arts group visited the Magic Kingdom.

If you lead or belong to a performing arts group and want to learn more about Disney’s youth programs, you can start your adventure here.

Have you ever participated in one of Disney’s performing arts workshops? What was the experience like?