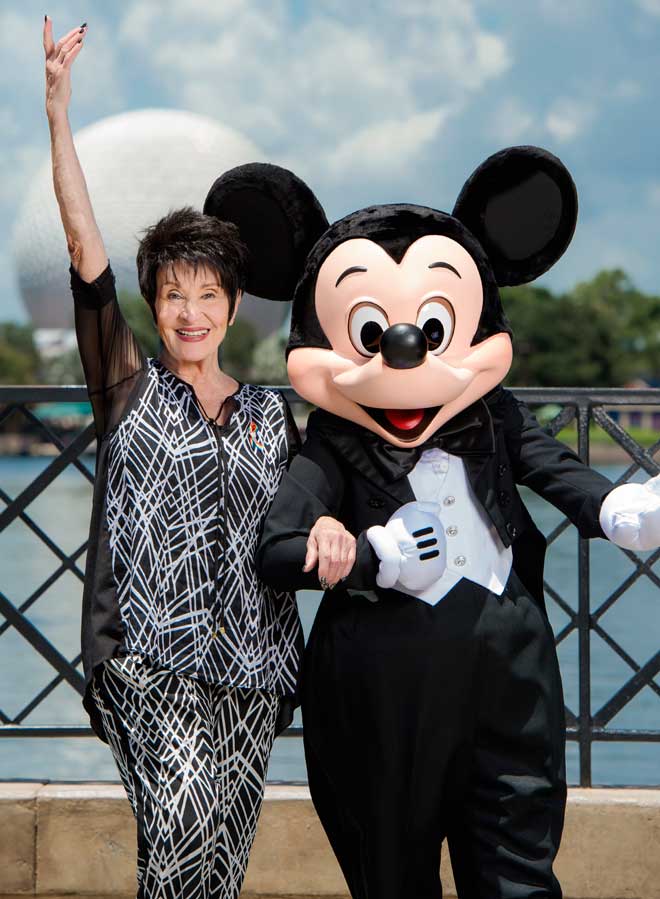 In the past Rivera has hosted the world famous Candlelight Processional at EPCOT, although she’s not on the list this year. While she was in Orlando this trip, she took time to perform in a benefit concert for victims of the recent tragic Orlando nightclub shooting.

There are few who personify the word entertainer more than Chita Rivera. Her legendary Broadway roles in “Chicago,” “West Side Story,” “Bye Bye Birdie,” “Kiss of the Spiderwoman,” “Sweet Charity,” and “Nine” (just to name a few) set the standard for dancer, singer, and actress. She won 2 Tony Awards and was nominated for 7 more. She was the first Latino American to receive a Kennedy Center Honors award and has also been awarded the Presidential Media of Freedom.

Here’s Chita Rivera performing in a guest spot on Disney Channel’s “Johnny and The Sprites.”

Whomever those aspiring actors were, I hope they know they were in the presence of greatness. Can you tell I’m a fan of Rivera’s? How about you?