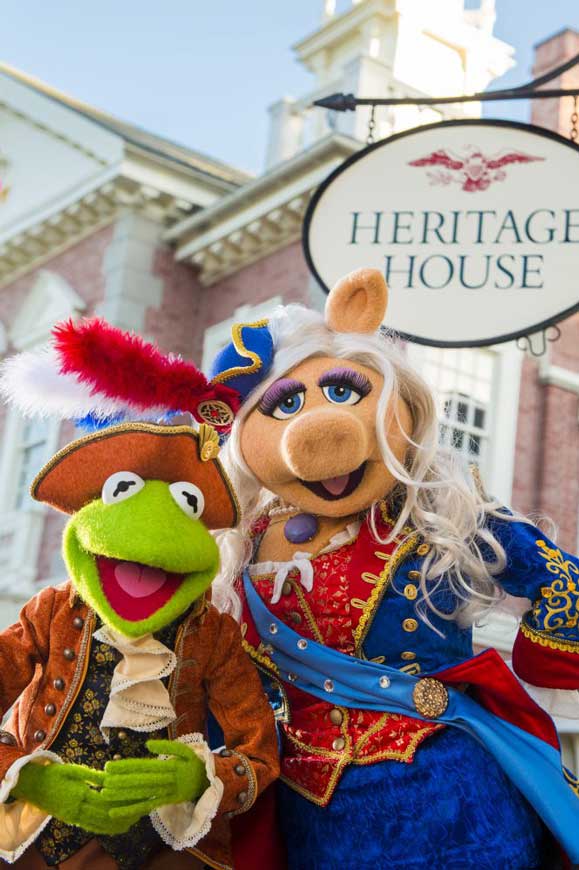 A new Muppets show is coming to the Magic Kingdom this October. “The Muppets Present… Great Moments in American History” will be set in the Liberty Square area of the park adjacent to the Hall of Presidents attraction. The show will feature an original song and that trademark wacky Muppets humor.

Here’s Disney’s description of the show:

“Sam Eagle, the fiercely patriotic American eagle who is forever trying to set a high moral standard for the Muppets, will join Kermit the Frog, Miss Piggy, Fozzie Bear, The Great Gonzo and James Jefferson, town crier of Liberty Square, as they gather outside The Hall of Presidents to present historical tales in hysterical fashion as only they can. From the midnight ride of Paul Revere to the signing of the Declaration of Independence, the Muppets appear throughout the day to share with Guests, their own unique take on the founding fathers and the birth of the United States of America.”

The Muppets brand of irreverent humor will work well with American History and Liberty Square is the perfect place. The show actually will happen above the streets in the windows of the old Heritage House store, most recentlyl used as overflow seating for Sleepy Hollow quick service location.

I predict some congestion issues. But I trust the operations team to figure that out eventually.

As the first new attraction to be added to Liberty Square since the Princess Tiana Meet and Greet, this is a welcome addition to the park’s lineup. It’s also nice to see that, despite its weaker than expected box office performance, the Muppets brand is still beloved by the parks.

I wonder if the show will be something like this:

Are you excited to have The Muppets in a second Walt Disney World theme park?