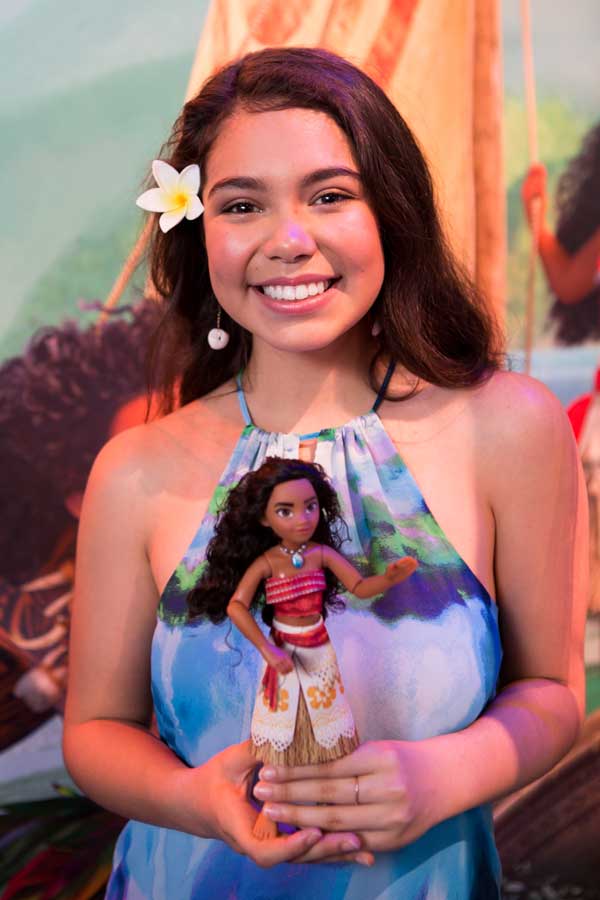 It must be a pretty heady experience to get discovered by Hollywood these days. One day you’re singing at school, the next day you’re holding a doll of the character you’ve been providing the voice of for an animated Disney film. That’s the world of Auli’i Cravalho, voice actress of Moana in Walt Disney Animation Studios’ upcoming animated film. 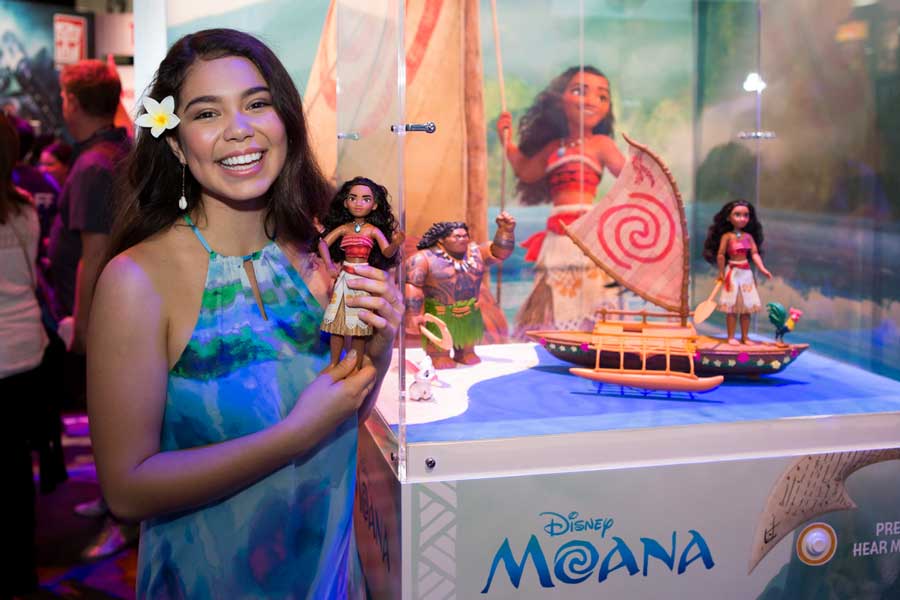 While visiting San Diego Comic-Con Ceravalho and directors Ron Clements and John Musker plus producer Osnat Shurer stopped by Hasbro’s booth to pose with Moana’s adventure figure and other toys. 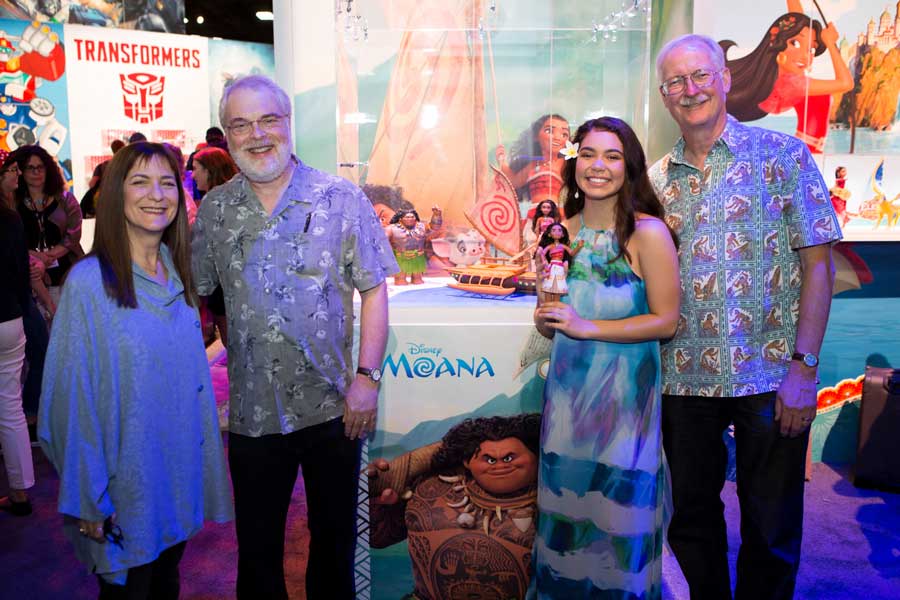 That’s a pretty cool moment I’m sure Cravalho will cherish for ever. I’m just as sure there will be many more to come as the first Polynesian Princess joins Disney’s famed Royal Court.

Previously: Meet the cast and characters of Disney’s Moana and watch the ultra-cute International Trailer.