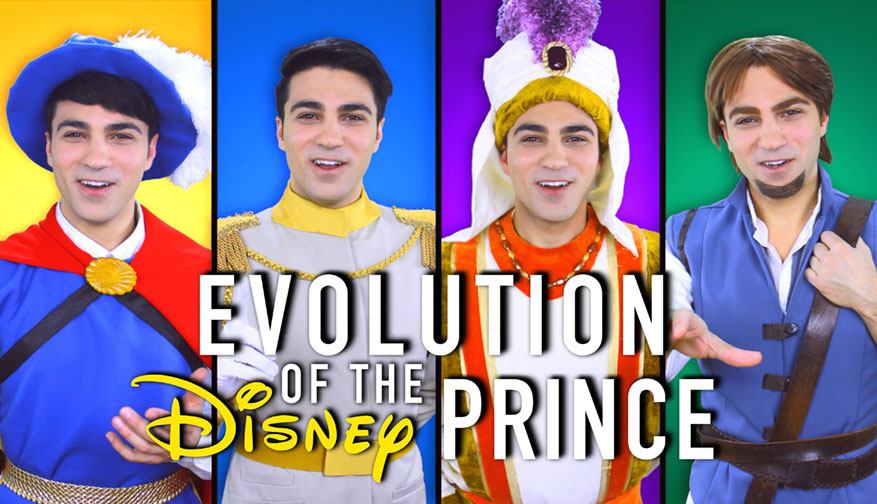 We’re back with another fun, unique Disney video from YouTuber Daniel Coz. In “Evolution of the Disney Prince Medley” we travel from Snow White in 1937 all the way to Frozen in 2013 to see how your favorite Disney dudes and princes differ over the years via the magic of song.

In case you missed it, here are the songs in the order they appear:

Are any of your favorite Disney Dudes missing from the list?

Check out how Coz pulled off all the different looks in this behind the scenes video:

Productions like these take weeks of work to get everything together, record, and edit. I always love sharing them as part of the blog’s videopolis series.