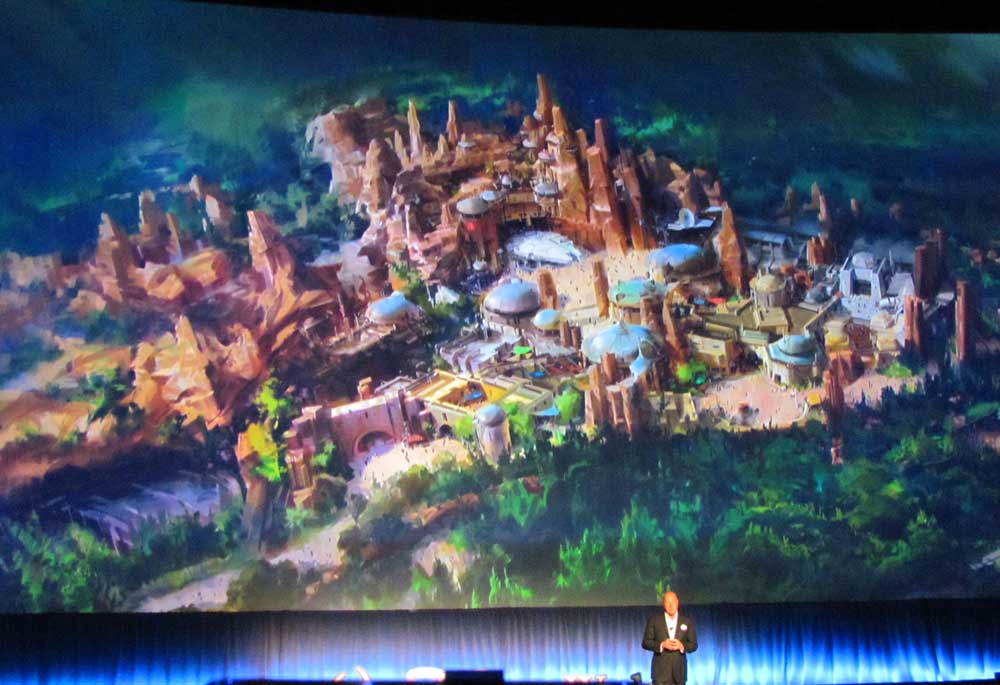 Every year in Spring, Walt Disney World invites print, broadcast, and online journalists down to the Florida homestead for a little party and a chance for Disney to showcase what’s new and what’s next for the resort. This year’s event just wrapped up with a lot of details about what is coming soon to Walt Disney World. I have a lot of posts coming over the next few days with some great stories I can’t wait to share with you, but as is my tradition, I first like to talk about some of the things that Disney did not announce at the event.

Most of these things are known, or strongly rumored, to be coming. There are any number of reasons Disney did not make these announcements, but it can be annoying for fans who pay attention to the obvious. For instance, one year Disney had practically finished building a whole hotel (the Bay Lake Towers at the Contemporary Resort) before making any sort of official comment on it. Well, I call shenanigans.

Here are 14 things that Disney did not announce at Summer Awakens media event:

1. A new name for Disney’s Hollywood Studios. We know thanks to the 2015 stockholders meeting that DHS will be getting a name change. We did learn that the theme of the park is changing from showing how the movies are made, to putting you as a guest in the movies. That’s a big shift and definitely deserves a new name for the park. But so far, nothing.

2. Star Wars Land name. We did get the official name for Toy Story Land expansion at DHS. It’s called,  creatively enough, Toy Story Land. But I think we can assume that Star Wars land won’t be called that because Disney keeps calling it a Star Wars themed land. Still, it would have been nice to get something firm on that this weekend.

3. Star Wars theme land location. We know Star Wars Land is coming, and concept art seems to indicate it will be directly adjacent to Toy Story Land. But is that true? If so, what happened to the plans that were filed to rearrange the draining, fill in the wetlands, and move the main entrance from World Drive to Osceola Parkway? etc. I realize the family traveling from Topeka this summer probably doesn’t care about that. But us fans who pay attention do.

4. Return of more elements from Star Wars Weekends. Fans have been clamoring for the return of Star Wars Weekends, even a scaled down version. Anything would be better than the Star Wars fashion show they have running a couple times a day at Center Stage. Bring back interviews with movers and shakers at Lucasfilm and talent from the Star Wars TV and movie series. Let the 501st return the park for at least one weekend a month. Heck, at this point, I would have settled for something related to the ‘May the 4th be With you” event. Announce you’re doing something for the fans.

5. The opening dates for Toy Story Land and Star Wars Land. We don’t need the exact date, but some sort of general idea would be nice. I realize it’s way too early, but an indication that they’re either rushing, or taking their time would be nice. Meanwhile rumors persist. But it’s hard to plan a vacation based on rumors.

6. The 24-hour Disney day. We’re getting pretty close to Memorial Day weekend, about the time Disney has been holding the newest tradition , a 24-hour day at the Magic Kingdom. The Summer media preview would have been the perfect time to confirm that it’s coming or announce that it won’t be held this year.

7. Character Spot expansion at EPCOT. With the addition of Baymax and the characters from Inside Out, something is going on at the former Innoventions space at EPCOT. A formal announcement of what’s happening in the rest of that space would have been nice. A new sponsor? More characters? Let us know.

8. Zootopia attraction overlay. With the success of Disney’s Zootopia it would have been nice to hear that Disney is doing something more with the movie (like they announced for The Jungle Book). I heard a rumor, unconfirmed as of yet, that there was a plan to do something with Rafiki’s Planet Watch and the Train related to Zootopia. I hope they make a decision soon. Conservation Station’s exterior could use some TLC and it does seem like a natural tie-in to Zootopia. However, I do believe that Zootopia deserves more.

9. StoryMaker technology. This one is close. Disney did technically mention that MagicBands unlock a world of new experiences and personalization at the parks. This could include the StoryMaker fun. But during the press event, StoryMaker tech was rolled out at a number of attractions including the Haunted Mansion, Space Mountain, Rock’n’Roller Coaster, and re-activated at it’s a small world. To me Disney is just beginning to scratch the surface of what is possible with technology like this. Disney was practically remiss in not emphasizing it more.

10. The Magic Kingdom. Oddly, Disney’s most popular theme park got hardly a mention and no media events were scheduled at the park. I realize no new attractions have opened recently, but the MK deserves some love. The new castle hub system is great and could have at least been highlighted somehow.

11. ESPN Wide World of Sports Complex. Like the Magic Kingdom the ESPN WWOS complex was not even mentioned. Disney had previously announced that a new Cheer & Dance pavilion would be coming. It would have been nice to have more details on that. Also the Invictus Games are coming soon to ESPN WWOS. Some additional press would have been nice for the games.

12. Christmas time adjustments. With the Osborne Family Spectacle of Dancing Lights gone from DHS, Disney could have announced a replacement. Whether this would be at Disney’s Hollywood Studios, EPCOT, or Disney Springs, let the fans who loved the Osborne Lights know where they can find at least some elements of them this holiday season.

13. An official opening date for Pandora: Worlds of Avatar at Disney’s Animal Kingdom. We did get to see more of Avatar-land than ever before, but the opening date is still a very unspecific 2017. Even Spring, Summer, or Fall, would help fans plan their 2017 trips if they want to make sure they’re seeing what Disney’s Imagineering team can do with the world created by James Cameron.

14. Finally, although I know this was not in the cards, it would have been great if Disney had a surprise announcement in store with at least one new nation pavilion coming to the World Showcase at EPCOT. The last country, Norway, was added in 1988. It’s been far too long since we’ve had some new blood added to EPCOT.

That’s the list of the big stuff I could think of that went unsaid at the Summer Awakens media preview. Were any of your favorite projects on the list? Did I forget anything that has been