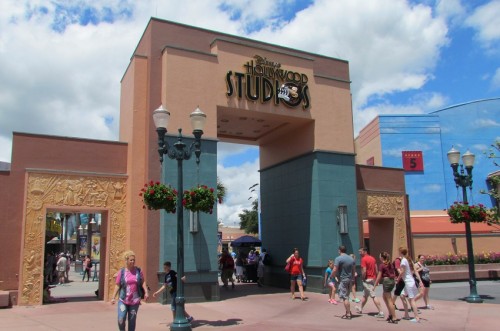 My friend’s son is famous. Yesterday, during the stockholder meeting for The Walt Disney Company, her six year old son told her he wanted to asks a question. He waited in queue and when he got to the front he asked a simple direct question, “Will Disney’s Hollywood Studios be changing it’s name?”

Initially the answer was no, but then Disney CEO stepped in and said that yes, a name change was happening. However, nothing was firm yet including a date or official announcement.

To me that implies the name has been decided. My guess is the announcement will come when Disney decides to announce the Star Wars expansion (and possibly a Pixar expansion) for Disney’s Hollywood Studios. The big news about the expansion will dull the blow that the park is changing it’s name yet again.

Of course, our friend’s son threw a wrench into that plan. So who knows when they’ll make it now. Iger tried to walk his slip back a bit, but the cat is out of the proverbial bag.

At this point, who cares what the name will be changed to. The fact that there is a name change signifies is a large enough change to the park to require rebranding. I think this is a good sign that the park wil be getting more than just a Star Wars land, that there will be some Pixar additions too. Maybe even some additional placemaking like Disney California Adventure received. We can hope right?

Btw, my guess for a new name is “Disney Hollywood Adventure.” What do you think it will be?