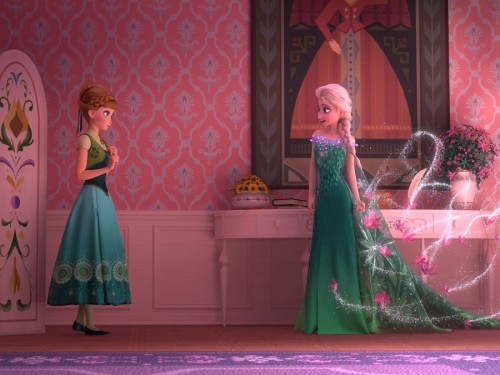 “Frozen Fever” is an 8-minute long animated short that opens for Disney’s Cinderella in theaters this weekend. I’ll warn you now that I am not the biggest fan of the animated feature Frozen. I didn’t like the story, but I do like the characters. So I was ready to give the short a chance to make me like the characters more.

Unlike the short for Disney’s Tangled, the short does focus on the movie’s main characters. We see a lot of Elsa, Anna, Kristoff and Olaf, the other characters are all there, but only in cameo form. Part of the fun of the short is seeing where the next character pops up. 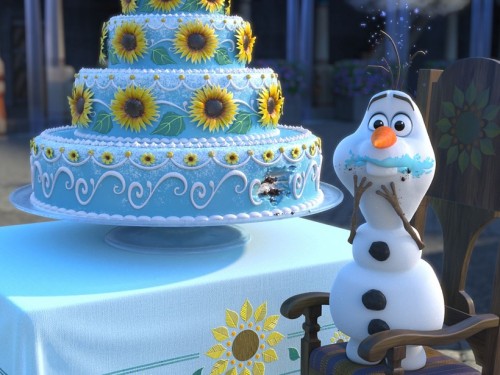 Without getting into too much detail, “Frozen Fever” starts a few days after the movie ends. It’s Anna’s birthday and Queen Elsa wants to make up for all those years she ignored her sister from behind locked doors. Unfortunately Elsa has a cold. And that’s where the fun begins.

The whole short is cute, doesn’t rely too much on gag humor, and features one main song “Making Today A Perfect Day.” The song was written by the same Oscar-winning musical team of Robert Lopez and Kristen Anderson-Lopez. It doesn’t have the same ear-worm quality as “Let it Go” but it was pleasant and will no doubt be a new favorite for little kids everywhere.

As we know, Disney just announced a sequel to the movie Frozen. Frozen Fever isn’t that, but it does show that these characters have more stories to tell. I can’t wait to welcome them again.