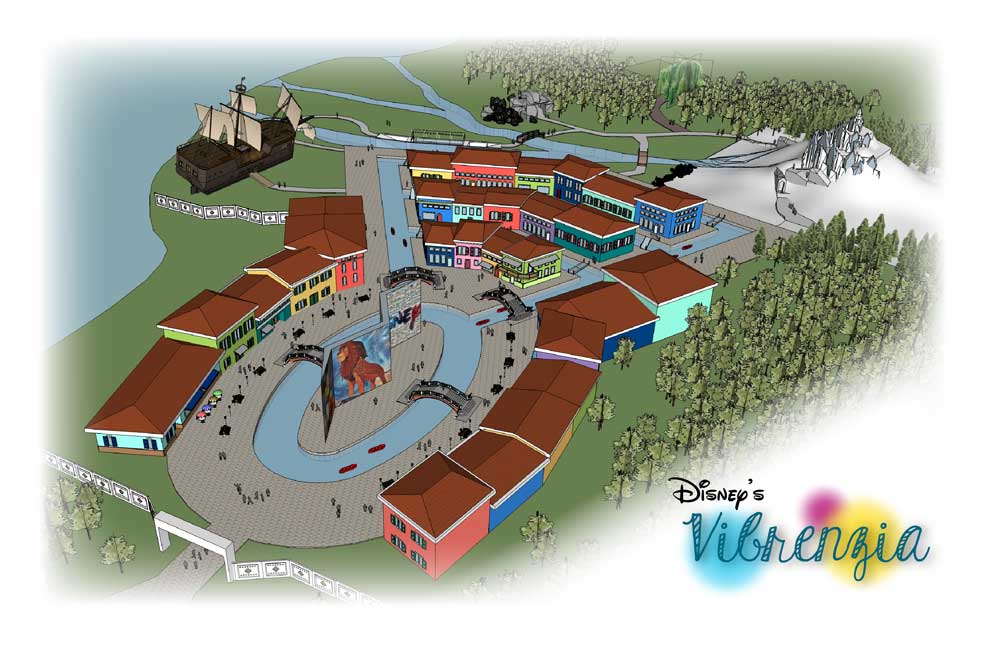 Walt Disney’s life has inspired countless people throughout the last century to “do as dreamers do.” Here’s a story of one of those people.

Katie Paege has always loved Disney World, and from the time she was a little girl, she wanted of being a part of the magic. “I’d always dreamed about working in the big-thinking, creative environment of Walt Disney Imagineering,” Paege tells The Disney Blog. “The sky-is-the-limit design mentality attracted me…Who wouldn’t find it fun to design Cinderella castles?”

Now at the age of 24, Paege has channeled her Imagineering ambitions into the digital blueprints for “Vibrenzia,” a Disney themed virtual reality water park, and earned her Master’s Degree in Digital Storytelling from Ball State University by doing so.

“The Focus of this project was to incorporate storytelling of Disney content in to a new theme park,” Paege explains. “Originally, I intended to create a water park design meant to replace the abandoned River Country water park…But research showed me that Disney World did not need a third water park—Blizzard Beach and Typhoon Lagoon are enough.” So Paege, inspired by such Disney Park attractions as Soarin’ and Star Tours, changed the focus of her project to virtual reality.

“I came up with the idea for turning the new park into a virtual reality ‘water’ park, offering guests various sensations of water, without using actual water. Disney already has a few virtual reality-esque attractions, but (they) offer multi-user experiences, which inhibits the realism of individual VR experiences.” Paege says that Vibrenzia would be different—it would be a full immersion park. “Guests wouldn’t be sitting in a cart full of people, riding along a track. They would feel surrounded by a new environment. One they could interact with and feel. Virtual Reality brings a story to life.”

The park’s name is a blending of the word “vibrancy” and Venezia (Venice), the Italian city that inspired the central hub’s design. Each area of the park would offer guests unique experiences at attractions drawn from water themed Disney films.

Though there were never any plans to approach The Disney Company with the Vibrenzia concept, Paege went to painstaking lengths to create a design worthy of the Disney name. In all, she spent a full year dedicated to researching Disney theme parks, its business philosophies, Imagineering design, and virtual reality technology. Drawing from her undergraduate in architectural studies, Paege individually conceptualized and built the entire digital design for Vibrenzia from start to finish, and the results are pretty cool:

Paege’s talents have already landed her a job in videography upon graduation this May, but she hasn’t closed the door on her dream of becoming an Imagineer. “Internships are so hard to get,” she admits. “But, who knows what could happen in the future?”

Have you ever thought about designing a Disney Park attraction? If so, what would it be? Dream along with us in the comment section.