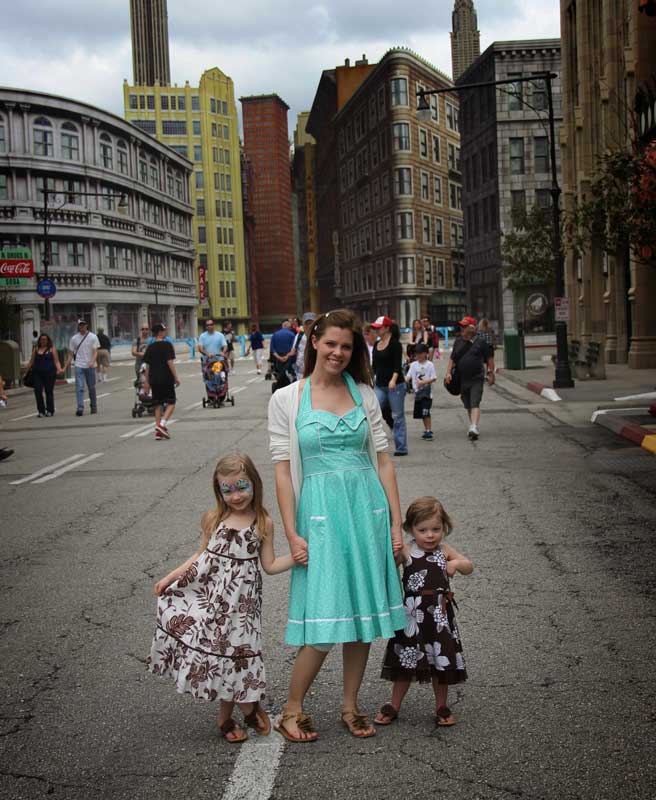 If you felt a little under-dressed at the Magic Kingdom this past weekend, you weren’t imagining things. Saturday was a “Dapper Day”, a widely observed day to step-out into a Disney Park in style. People of all ages took to the street (well, Main Street USA at least) in bow ties and bouffants, parasols and pocket squares to show off their Sunday best for a day at the park. If you weren’t in-the-know about the event, here’s some history about Dapper Day and how you can make sure you aren’t under-dressed for the next one.

The event planning group appropriately titled Dapper Day has been organizing outings for Disney fan fashionistas for five years now. The idea for Dapper Day sparked when founder Justin Jorgenson became intrigued with a specific detail he noticed in some of the vintage Disney Park concept art. When Imagineers come up with new ideas for attractions, they conceptualize them in theme park settings, and these sketches include drawings of park guests enjoying the proposed attractions. Jorgensen observed that in these renderings park goers were always depicted dressed to the nines. He appreciated this, as in a place like Disneyland where everything from the landscaping to the architecture is designed haute couture, it only seemed fitting that the park guests would have that look as well.

My first Dapper Day was so much fun.. Can't Dapper Day be every day? Thanks to everyone who came and said hi.. I loved seeing you guys in all your outfits. Don't @danicalovesdisney and @mainstreet_mermaid look amazing?! 😍❤️ #dapperday #magickingdom #hubgrass #disney #disney #WaltDisneyWorld #wdw #parkbound #dapperbound #disneybound

Of course, part of the reason the figures were drawn in such proper dress was because much of the concept art Jorgensen had been admiring was created in the 1950s and 1960s when the social standard of dress was far less casual than nowadays. Today, it seems yoga pants and tank tops are completely acceptable attire for almost any public affair, and a trip to a Disney Park is no exception. Though, in our defense though, at the time much of this concept art was created, a day at Disney was much different than it is today. Parks weren’t opened as long as they are now, and they were all smaller in size. A visitor to the Magic Kingdom in 2016 may spend more than fourteen hours walking more than twelve miles in 90 degree temperatures before the park closes, and most people prefer to run that kind of marathon in t-shirts and comfy shoes rather than heels and sport coats. But, Dapper Days aren’t designed as a criticism of contemporary casual. They are rather a well-coordinated excuse to celebrate fashion the way it used to be, or at least the idealistic way we imagine that it was—tailored, trimmed, and with just the right amount of rouge.

Throughout the year, there are several designated Dapper Days at Disney Parks worldwide. Participation is always voluntary, and as they are yet still unofficially park events, there are no extra fees required (you can play along with a regularly priced admission ticket). Dress isn’t limited to any specific trend or decade, so as long as you’re ensemble fits within the Disney Park dress code, you’re invited to participate. For fashion and Disney fans alike, Dapper Days are just another way to make your next park visit a little more special.

You can read more about Dapper Day on their official website.

Have you visited a Disney Park on a Dapper Day? We’d love to see you all dressed up!