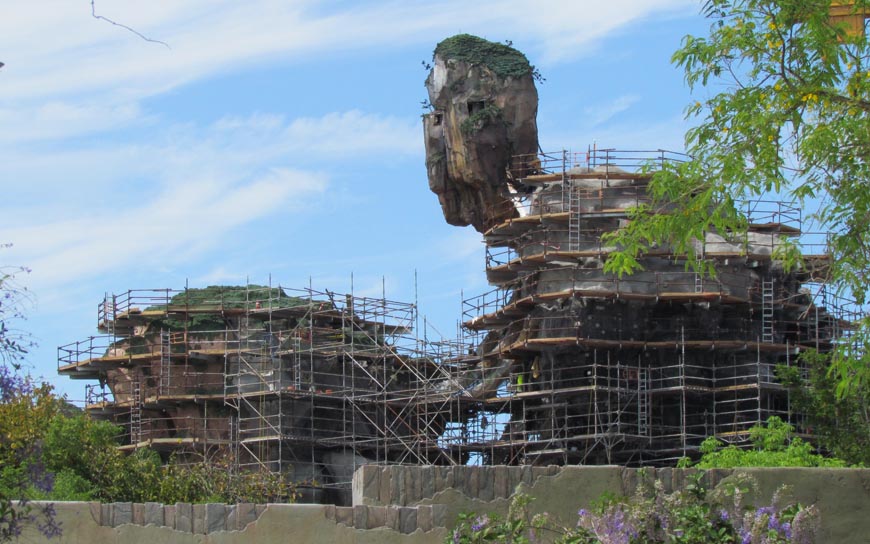 The construction on “Pandora — The World of Avatar” (aka Avatar-land) continues to make progress (although not fast enough for us fans). The structures are so huge you can see them from outside the park and at various areas inside the gates as well.

The floating mountains will be the eye-catching weenie of the land, while the cliffs behind them will hide the two huge show buildings for the lands main attractions. If you look at the following video you can see how the artists working on the project have started to turn some of those metal supports into things that look more like dangling vines.

Although you can’t see it on this video, the two main buildings that will house the dining facility. store, and restrooms, are also looking good however, exterior theming and landscaping still have a long way to go.

Imagineers have started to laydown the outlines of where walkways will go. Keep in mind that these walk-ways will glow with luminescence at night, just like you saw in the movie. Should be pretty spectacular if they can make it work. 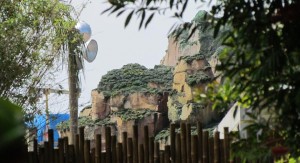 Scaffolding has come down from some of the cliffs 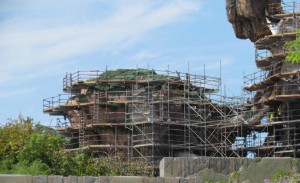 Work continues on other cliffs 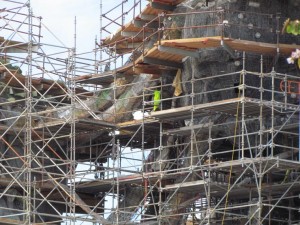 Look close and you can see support structure transformed into vines 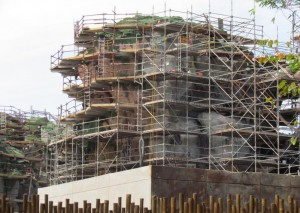 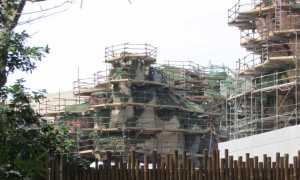 Lots of cliffs to hide the show buildings 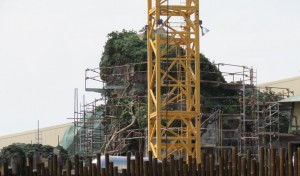 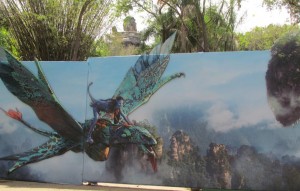 “Pandora — The World of Avatar” is scheduled to open sometime in 2017. The first of three Avatar sequels is currently scheduled to come out in 2018. So Disney can count on that to help revive interest in a land based on a movie that was released in 2009 and has pretty much dropped off the map in terms of entertainment properties since then.