Over at Disney’s Animal Kingdom we’ve been tracking construction taking place at Pandora: The World of Avatar since the last day of Camp Mickey Minnie. The new land will transport guests to the otherworldly planet created by James Cameron and his talented crew for the mega-movie hit “Avatar” where guests will get to experience two main attractions – a Banshee ride across the planet and a slow family friendly boat ride through a bio-luminescent forest on the planet.

Thanks to this presentation given to assembled media by Imagineer Joe Rohde and movie producer Jon Landau we are given more insight into the level of detail that’s going into the expansion.

We had to record that presentation off the giant movie screen in a movie theater, so we apologize for a bit of distortion.

I was very impressed sort of detail they’re layering onto the world of Avatar. You’ll see artifacts of the Na’vi, some elements of man-made technology brought to the planet, and, of course, the alien nature including bio-luminescence. 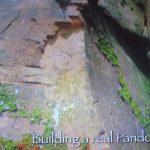 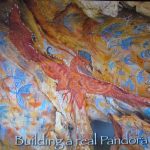 Artwork of the Na’vi 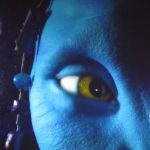 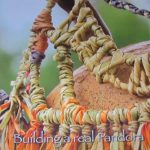 That quick preview of the Na’vi audio-animatronic was a surprise. My understanding is it will be part of boat ride through the bio-luminescent forest. It’s interesting that Disney is taking what was essentially an animated character on screen (the Na’vi) and making it into a realistic audio-animatronic.

Still no official opening date other than 2017, but they are making incredible progress and getting ready to start working on some of the final details, such as landscaping that will glow at night and walkways that will change color when you step on them.