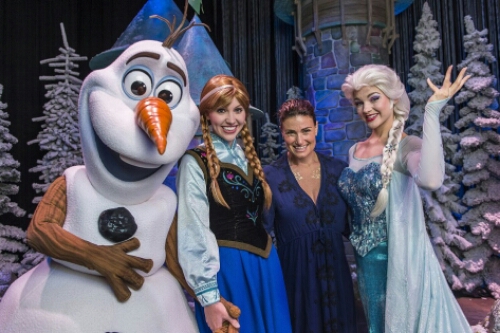 From Disney Theatrical comes news that Frozen, a new musical Blbased on Disney’s Academy Award-Winning film, is slated to join Aladdin and The Lion King on Broadway in Spring 2018. A pre-Broadway engagement will start in the Summer of 2017 at a Theatre to be announced.

More from press release below:

As previously announced, Frozen features music and lyrics by creators of the film score Kristen Anderson-Lopez (In Transit, Up Here) and Robert Lopez (Avenue Q, The Book of Mormon, Up Here) and a book by Jennifer Lee (Wreck-It Ralph), the film’s screenwriter and director (with Chris Buck). Frozen won 2014 Oscars for Best Song (“Let It Go”) and Best Animated Feature.

Casting and Broadway dates and theatre will be announced at a future date.

Frozen is produced by Disney Theatrical Productions, under the direction of Thomas Schumacher.

This is a developing story