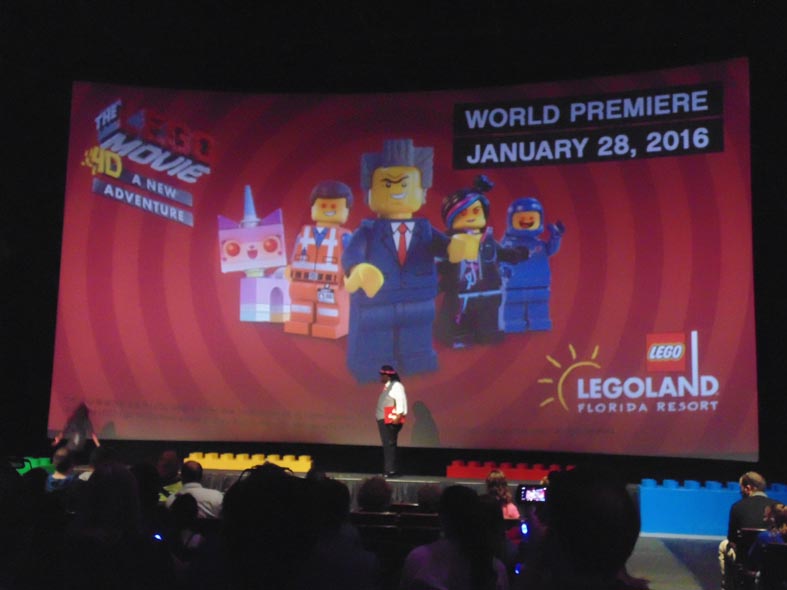 On Thursday, January 28, LEGOLAND Florida held the World Premiere of their new attraction, the “LEGO Movie 4D A New Adventure,” and a couple of Disney/ABC stars were in attendance. 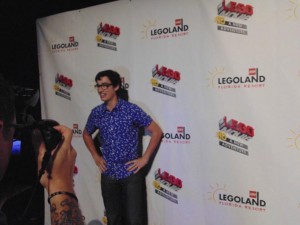 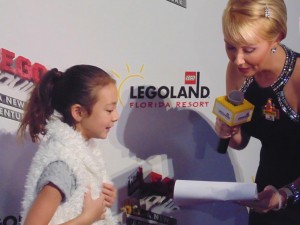 The film itself takes place after the events of the hit 2014 movie, “The LEGO Movie.” Emmet and his friends Wyldstyle (voiced by Elizabeth Banks), Metalbeard (Nick Offerman), Benny (Charlie Day), and UniKitty (Alison Brie), are lured to a mysterious theme park.

There they meet Risky Business (Patton Oswalt), brother of “The LEGO Movie” villain President Business, who has an Evil Secret Plot to trap the gang.

The short 12 1/2 minute film is as funny as “The LEGO Movie,” which bodes well, since it was directed by Rob Schrab, who is making his feature film directorial debut with “The LEGO Movie Sequel,’ set to open May 18, 2018. Of course, it helps that Phil Lord and Christopher Miller, the talented writer-directors behind “The LEGO Movie,” aided in bringing this attraction to life.

The attraction uses some wind, water, and fog effects to tell the story, which also includes an interactive audience element the kids loved.  There’s also a slight twist to that song that we all know from the movie…you know…THAT song.

LEGO Movie 4D A New Adventure is fun for all ages, and a welcome addition to the LEGOLAND Florida offerings. It’s included with park admission. For more details, visit legolandflorida.com.