I’ve lived in Orlando for 12 years and have never visited the Hyatt Regency Grand Cypress. That’s not unusual, there are lot of hotels, I’ve never been to. I live here, I don’t need to stay in a hotel. That said, I’d heard it was a great convention hotel, had lovely food at its restaurants, and a great golf course. It is representative of those massive cement hotels that sprung up around Walt Disney World in the late 70s and early 80s. Tall towers of rooms, soaring atrium space, and luxuriously landscaped gardens are everywhere. Upon stepping into the lobby for the first time, I wasn’t sure if I was in a 70s science fiction movie or a world class resort.

The occasion for this first visit was the newly opened LakeHouse restaurant. It took over the space formerly occupied by a pair of restaurants, but mostly Cascade. The space was anchored by giant cascading fountain and had a more formal dining room appeal. Otherwise the space was mostly open. The LakeHouse transformed the space into various rooms you might find in a lake house, a sun room, deck area, living room, bar, kitchen… okay, the metaphor breaks down a bit. But the new design is both simple and stunning. There’s a definite beach feel with representations of wood ladders, and bright colors everywhere. I found the design to be of the ‘just enough’ category. Not so much that it overwhelms the space, but that it hints at a mood or setting, just enough so that you feel like you could be there.

Blogger dinners such as this are not like your typical restaurant review. First of all, we usually just get a tasting menu. Small portions of a lot of dishes enable us to get a real feel for the cuisine and the talents of the kitchen staff. But we don’t get a feel for what a true service is like or portion size. I wish they would have provided sample full sized dishes so we could have had a better idea of portion and presentation.

We were greeted with a lovely white wine Sangria and then moved on to some of the specialty bar drinks. I have bad luck choosing cocktails and wasn’t entirely pleased with the Lakeside Breeze (I found it plain), but I did sample the Fuzzy Mule (a peach Moscow Mule) which was delightful. The bar also whipped up two cucumber & Hendricks Gin drinks, one a martini and the other a a take on a mojito. Both were divine, liquid candy for the soul. The lesson here, don’t be afraid to order off menu if you don’t see something that calls out to you.

Then, the food started coming. LakeHouse is still putting the finishing touches on its Sushi kitchen, but they still managed to prepare a beautiful slate of nigiri and maki. The nigiri (tuna, salmon, and yellowtail) was buttery and the rolls featured a good portion of fish to rice and seaweed. Although I did not try it, I did notice they had sake available at the bar.

We tried a pair of small plates. Bacon wrapped dates and pretzels with mustard dipping sauce. Both of which I would consider ordering again. Up next was a small arugula salad with boursin cheese that I could have eaten a huge bowl of, it was that good. For entrees we sampled a citrus sea bass on orzo pasta and kale and a tenderloin filet served on a square of rosemary bread pudding. The fish was perfect and the citrus and orzo was a great pairing. The filet was perfectly tender and the bread pudding acted like transporting agent sending me back to my favorite holiday memories.

The shrimp and grits plate was the only disappointment for me. The passionfruit barbecue sauce, while good, just needed a little heat or something to better match the sweetness of the shrimp. The Georgia grits, however, were perfectly creamy and cheesy. 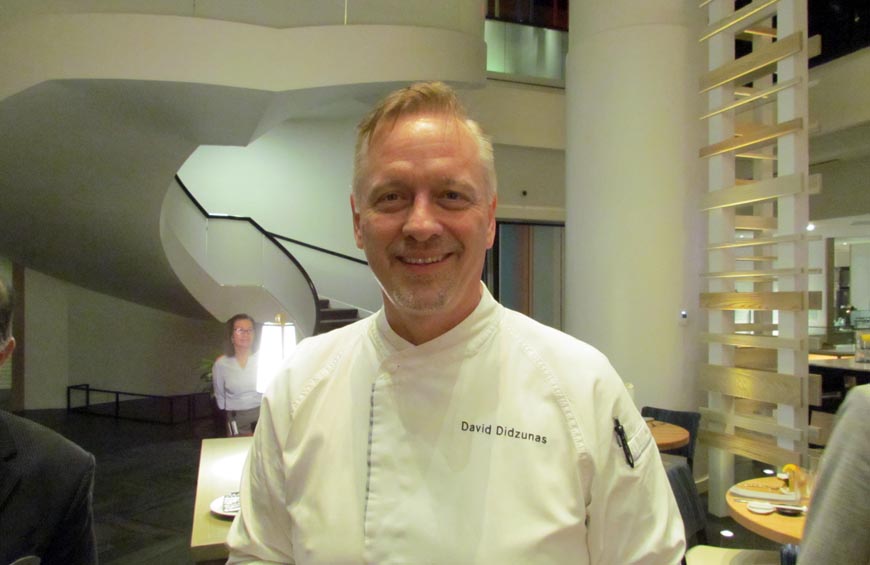 After the entrees, we sampled three fresh and hot flatbread pizzas from their wood-fired oven. All three were vegetarian and one was vegan. It was hard to pick a favorite, but the vegan one was terrific and I’d order it again for sure. The pizzas made for a nice alternative to a full meal if that’s the mood you’re in.

Desserts. They had a sample plate out of some small chocolates that looked fantastic. However, I decided to try the Apple Tart which came with scoop of divine bourbon ice cream. They wouldn’t reveal the secret behind the ice cream, so I’ll just have to return soon and try some more of its divinity. 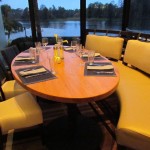 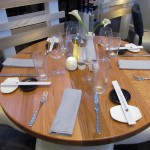 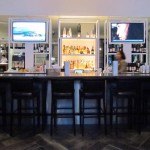 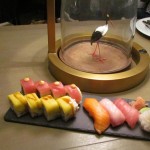 Sushi for the night 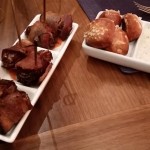 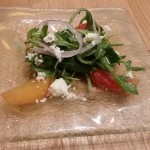 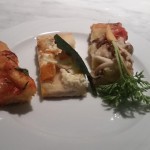 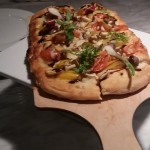 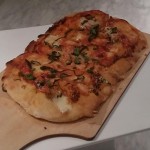 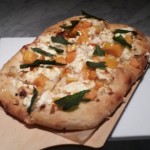 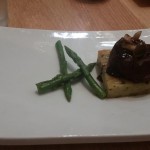 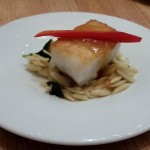 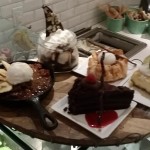 Finally, I did sneak a peek at some breakfast items (The LakeHouse Benedict looks fantastic for one) and those too make LakeHouse look like a formidable new option for dining when in Orlando.

A huge thanks to Executive Chef David Didzunas and his team for welcoming us so wonderfully into his restaurant. It’s an experience I recommend you try on your next visit to town.

Disclaimer: I was an invited guest for this free dinner. However, all opinions and writing is my own.