Today we starting our first series looking at the redevelopment of Disney’s Hollywood Studios. It’s a multi-year process that will ultimately result in a new name for Walt Disney World’s third gate, along with two new lands (Toy Story Land and Star Wars Land) and a possible place-making effort to retheme much of the park.

Admittedly, there isn’t much work to document right now. There have been a few small closures and there will be more coming in April. So I’m submitting this update mostly as a placeholder to say. This is where things start. 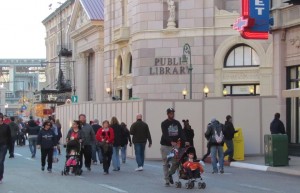 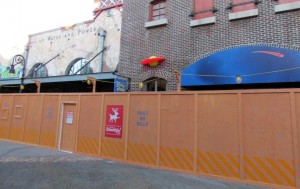 Pizza Planet is down for a 6 momth refurb 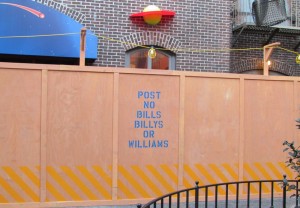 At least they’re creative with the construction walls 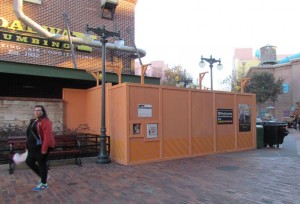 Also closed are the restrooms attached to Pizza Planet 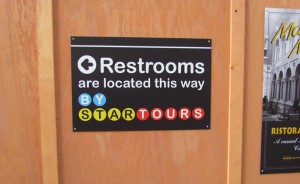 Closest restrooms are by Star Tours 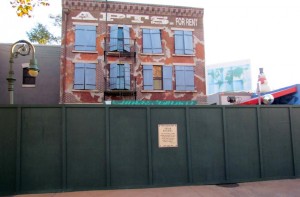 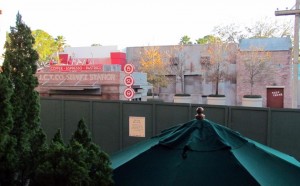 Walls also obscure the Cars photo-op and the Premiere Theater 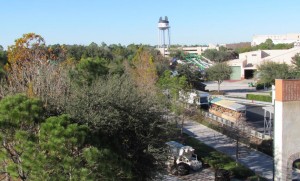 We hiked up the Lights, Motors, Action grandstands to get a picture of the future home of Toy Story Land. Sadly, the famous Earful Tower will go away along with all this backstage stuff 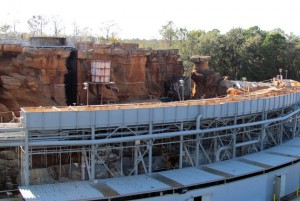 Catastrophe Canyon looks ready to welcome guests, but it has seen its last many months ago 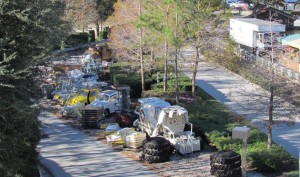 Some props await their final destination. Don’t send Herbie to the junkyard, please 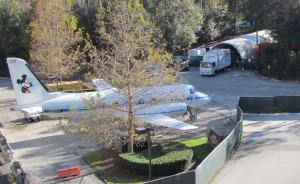 Walt’s jet is also in the ‘construction zone.’ We’re all worried about what will become of it. 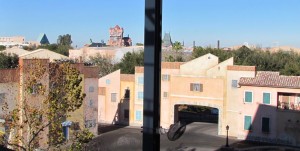 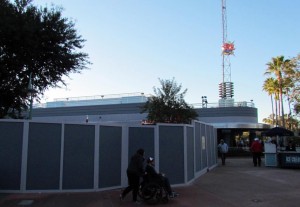 Finally the former audition halls of American Idol are being turned into a meet and greet area.

There’s a lot of prep work to do at Disney’s Hollywood Studios to get ready for construction on either project. Here are just a few of the projects:

As for timeline, Toy Story Land is expected to be completed first (sometime around November 2018) with Star Wars Land coming in late 2019 or early 2020. They want to build faster, but the prepwork is so involved that it may not be possible to rush it.

Do you think Disney will be able to rush either or both of these projects or will this be another long waiting game for fans?