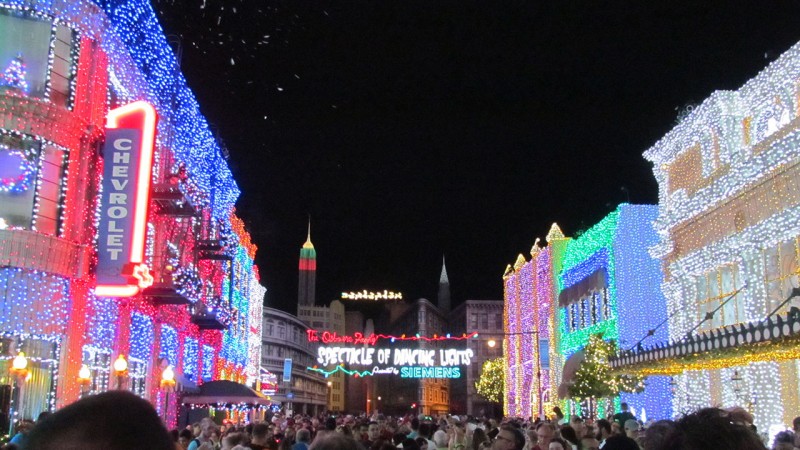 While we were waiting around for what was originally scheduled to be the last night ever for the Osborne Family Spectacle of Dancing Lights, word spread through the crowd that the show had received a life-line for three extra nights of performances. The final glowing away for the Osborne lights will now be on Wednesday January 6, 2016.

To accommodate the extra showings, Disney’s Hollywood Studios has extended park hours from 8:30pm to 10pm. However, please note that the dancing lights will turn off at 9pm, so don’t show up late on Wednesday and miss the tearful farewell. Keep an eye on the schedule to see what else is added too and plan to arrive early to deal with any parking capacity issues.

Disney previously announced that the lights would have to go away as the park prepares to add both Star Wars Land and Toy Story Land.

Even if the whole show doesn’t move, there are definitely parts of the Osborne Lights that could show up in other parks. The giant “Peace on Earth” globe would fit well in EPCOT’s World Showcase, throw in the street canopy, and you have something close to the old Lights of Winter. The giant trees and the animated character displays could end up at Disney Springs or some of the hotels to add some great photo spots for the season. Is there anything else from the show you would like to keep?