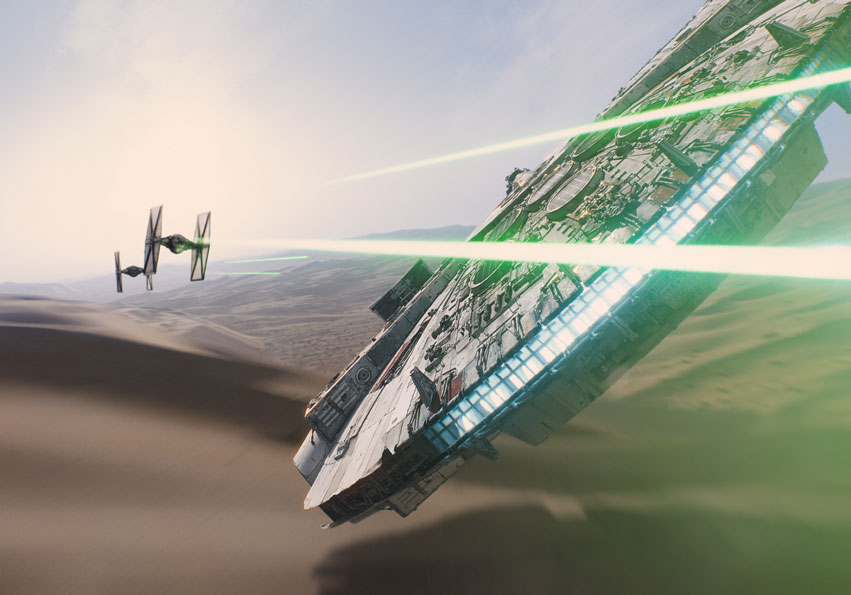 The Force moves faster than anyone expected. The box office take for Star Wars: The Force Awakens has being breaking records and climbing the charts faster than any previous film. By the end of January 1st, the movie had moved into second place on the domestic highest-grossing list.

As of Friday, January 1, Star Wars was estimated to have earned $687 million at the Domestic Box Office. That catapulted it passed #3 Jurassic World and #2 Titanic and put it within reach of James Cameron’s Avatar at $760. All this took just 15 days. The only question now is whether the domestic record will be broken on Monday or Tuesday.

The international box office is a little more complicated. It has already pulled in $704 million without the support of China (which is the 2nd largest movie audience, but where Star Wars isn’t widely known) where the The Force Awakens won’t open until January 9th. That brings its global total to $1.39 billion, placing it 7th on the all-time world wide box office list behind The Avengers: Age of Ultron, Furious 7, The Avengers, Jurassic World, Titanic and Avatar.

In order for The Force Awakens to take the top spot there, it will have to have legs, as they say in the biz, meaning that fans will have to continue to see the film multiple times keeping the movie in near the top of the box office list for weeks. The final goal is to pass the $2.788 billion Avatar generated. It’s possible.

Update: The Force Awakens earned $88 million over the weekend putting it just $20 million shy of Avatar’s domestic record and over $1.51 billion globally.

Do you plan to see Star Wars: The Force Awakens again? Do you think it will have enough staying power to conquer Avatar’s global box office record?

(This story will be updated with the weekend totals when they come in.)