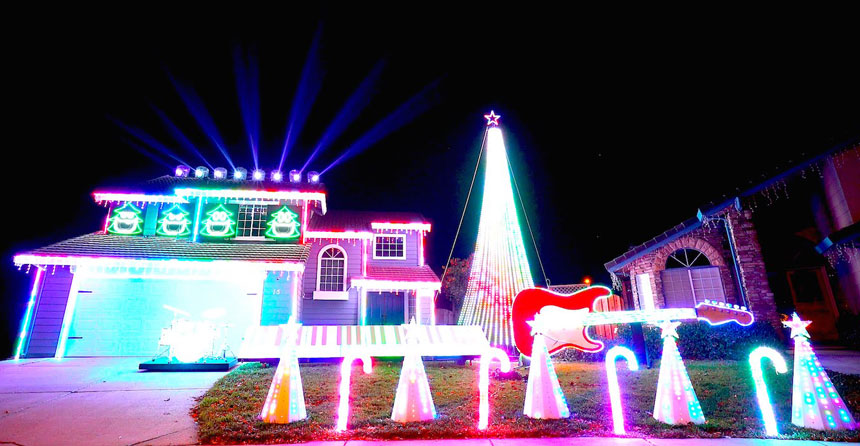 Tom BetGeorge, who we’ve profiled in October with his Disney Villains Halloween synchronized light display, is back with an absolutely epic Star Wars Christmas Light Show. Not only has he taken it to the next level with the use of synchronized lights and music, props, and camera angles, his use of drones to get that extra special soaring footage really elevates the production.

My favorite part is the lightsaber battle. You really have to see it to believe it.

According to BetGeorge’s YouTube page, this is all new technology using individual controlled pixels.

“Since 99% of the lights are LEDs, the electricity to run the show for the entire month is about $80. I sequenced the show using LOR, mixed the music/sound effects with Digital Performer, and filmed it using a Sony A7s Mark ii and a Phantom 3 Pro. The guitar is 17′, the piano is 19′ and the drums are standard. About 20,000 channels running around 70,000 lights. If you look closely (especially during the Cantina song) the instruments are playing the real notes! Although the beams are powerful up close, they are a small percentage of real searchlights and are so widely dispersed that by the time they are up in the sky, they don’t interfere with aircraft etc.”

If you want to see this in person, head to Tracy, CA and follow the parade of cars. The rest of use will have to just watch online. What do you think of the light display?