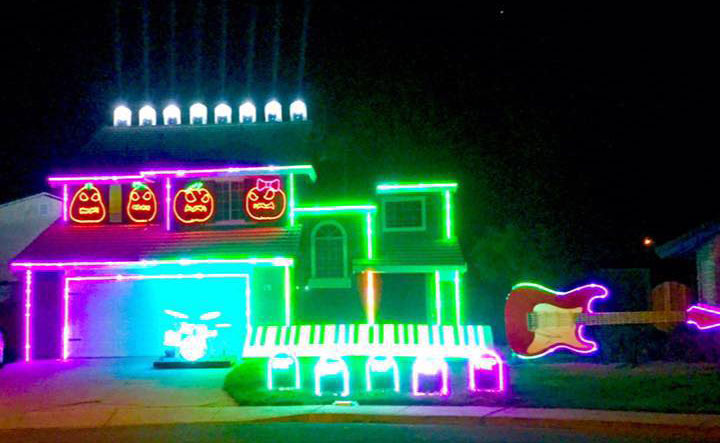 If you have any kind of Disney themed Halloween decorations, you’re my kind of people. But YouTube user Tom BetGeorge has taken the idea of a Disney Halloween Display to the next level. This masterpiece of flashing lights and decorations choreographed to your favorite Disney villain songs will take the cake and the whole bowl of candies.

One of the things that makes this Halloween display different is the use of lights and massive illuminated instruments. The house lights are almost all LEDs, which means the electric bill for this puppy is just around $100 a month. Not too shabby.

It’s a new house for Tom BetGeorge and his first year doing a Halloween display. His Christmas displays for the last three years have racked up over 8 million views on YouTube. He’s even been featured on ABC’s Great Christmas Light Fight last year.

“I built all the props using wood, metal, acrylic and corrugated plastic. I am a music director for Centerville Presbyterian Church in Fremont, hence the massive instruments! If you look closely. The beams can be seen for miles but I went out of my way to avoid shining the beams on houses and flight paths,” said BetGeorge in the video’s description.

If you live near Tracy, California you can stop by to see the light show in person, but for the rest of us this video will do:

I love the whole thing, including that fantastic aerial drone shot. What did you think?