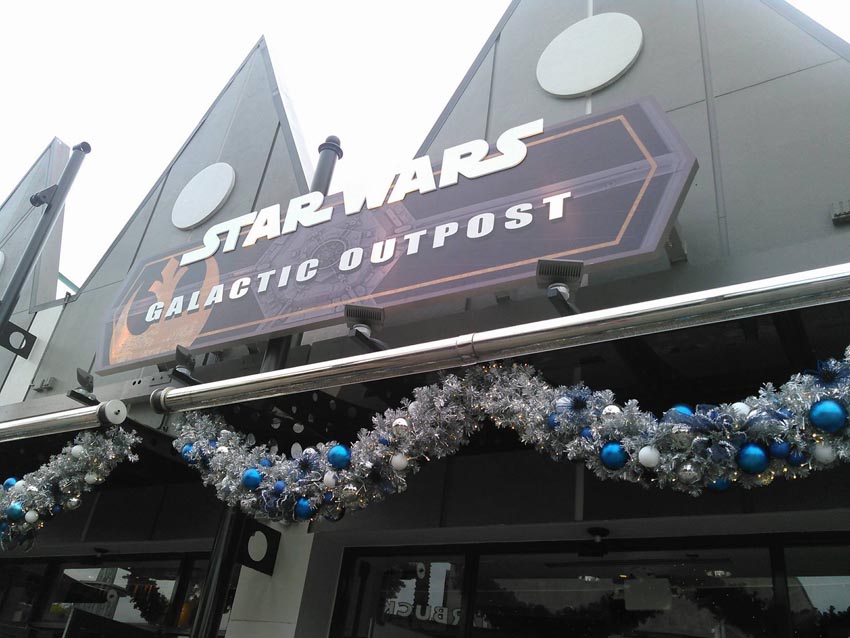 Although the merchandise mix at D-Street had been turned over exclusively to Star Wars last week, just a few days before “The Force Awakens” opened in gala style at Disney Springs the store itself changed names to Star Wars Galactic Outpost.

Along with the name change comes some updated interior decor. Most of it is just conveniently placed merchandise, but I like the little ring of vinylmation stormtrooper shaped cutouts near the roof. The merchandise is a mix of toys and clothing related to the new movie, plus some Star Wars lifestyle merchandise. 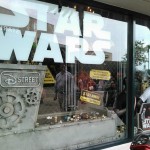 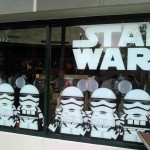 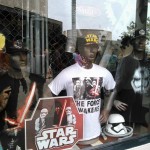 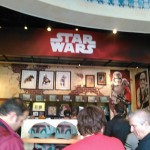 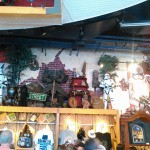 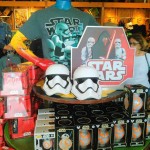 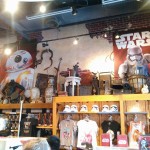 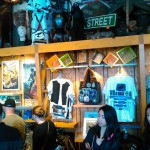 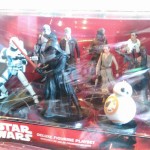 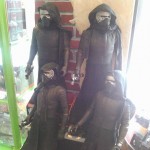 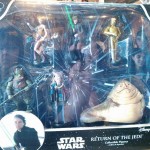 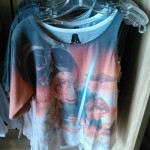 By taking over D-Street, the Galactic Outpost is just steps away from the “Marvel” Super Hero HQ store. Which means a Pixar store is bound to open nearby soon, right?

Frankly, this is a move Disney should have made 6 months ago and probably at a bigger location where they can do artist signings and have a wider selection. Disney Springs needed a Star Wars store to capitalize on the growing buzz for Episode VII that started after the first trailer came out.

I did notice that the toy selection was not marked up with the usual Disney inflation price. For the most part, you’re paying the same prices here that you would pay at Target for the same toy.

Hopefully D-Street and its unique product mix will find a home elsewhere in the expanding Disney Springs.