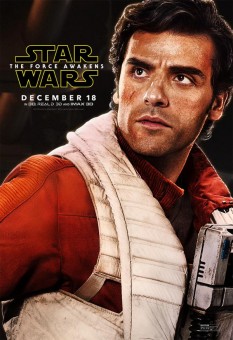 Hollywood studios do this thing where they estimate ticket sales based on pre-sales and previous days takes. That allows them to declare weekend totals even before most theaters opened for Sunday guests.

This morning The Walt Disney Studios announced that “Star Wars: The Force Awakens” has set a new all-time domestic debut record with an estimated $238M (beating my guess of $230 million by a fair amount). With a five-day international debut of $279M, the film has taken in $517M globally.

Update (12/21 11:00am ET) – Disney has revised estimates higher and are expected to announce a new total of $247-251 million domestically and $525 globally. That would add another record by beating “Jurassic World” for best global opening. (End)

“Our sole focus has been creating a film that delivers that one-of-a-kind Star Wars experience, and director J.J. Abrams, Lucasfilm President Kathleen Kennedy, and the Lucasfilm team have outdone themselves,” said Alan Horn, Chairman, The Walt Disney Studios. “To all of the fans around the world who not only came out in Force to make this such an exciting and astronomical debut but who treated this film as their own and helped preserve the experience for their fellow fans by not spoiling it – thank you, we do.”

The four-day weekend was definitely front-loaded $120 million coming on Thursday-Friday. Saturday gave a respectable $68.7 million and Sunday is estimated to be $48.8 million. Looks like the die-hard fans saw it early. But considering the previous December weekend total was $85 million, that record was well and truly busted.

Looking forward, this holiday week should continue to do strong numbers for “The Force Awakens.” Pre-sales for Christmas are nearly as strong as they were for Friday.

The list of records “The Force Awakens” smashed this weekend is impressive:

“The Force Awakens” also debuted day-and-date internationally in nearly every market (except Greece and India, which open Dec. 24, and China, which opens Jan. 9) and set records in many. Highlights:

The Force was indeed strong enough to knock “Jurassic World” off its perch. A feat made all the more impressive by the December debut,which is usually softer due to families shopping and traveling instead of seeing movies. Blockbuster movies released in December also have the advantage of going up against weak competition through much of January. So that’s a good sign for Disney & Lucasfilm. The next question is how fast can “Star Wars: The Force Awakens” make it to $1 billion globally and if it becomes the first film to do so domestically (okay that’s two questions). “Jurassic World” is definitely in its sights, “Titanic” and “Avatar” both had December openings, so those records are a possibility too.

You can do your part via repeat viewings. I’ve already seen it three times and will probably see it a few more too over the holidays. How many times do you think you’ll see Episode VII in theaters and what do you think it’s final total will be domestically and globally?