Update: Turns out we were a day early. The Magic Eye Theater is open for guests today. The three films showing are:

We stopped by EPCOT yesterday to see if the new “Disney & Pixar Short Film Festival” at the Imagination Pavilion’s Magic Eye Theater was open. Alas, it was not, but we did get to see new signs added to the theater and out front.

Scheduled to open any day now, the attraction will feature recent shorts from Disney & Pixar along with some in-theater effects. Guests will don 3D glasses and see three different films. My guess is the new Mickey Mouse short “Get A Horse” will be one of them. 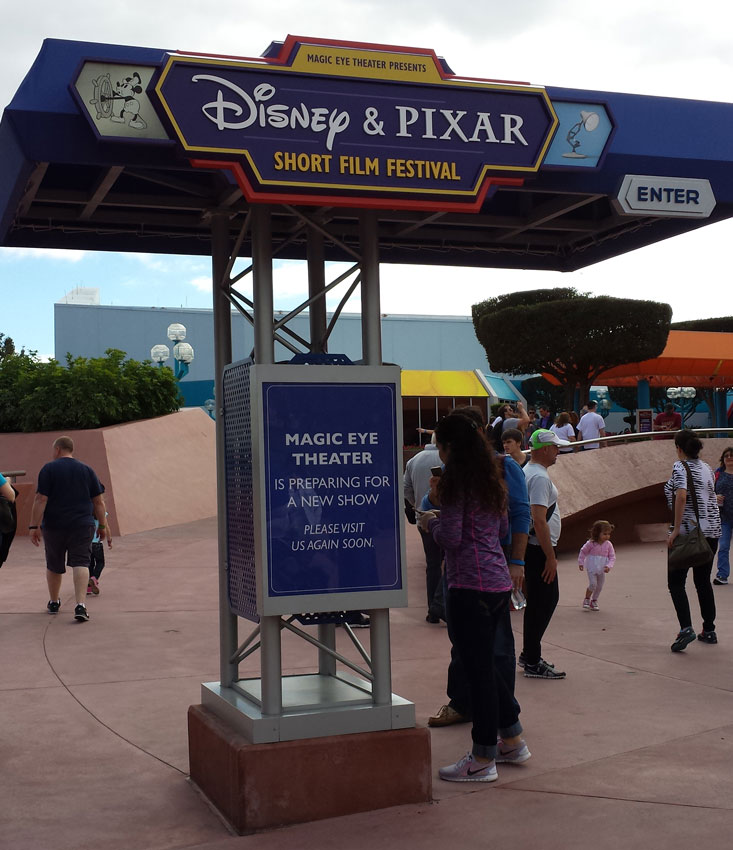 So far, Disney hasn’t given an official opening date for the short film festival, but the rumor is it will open any day now.