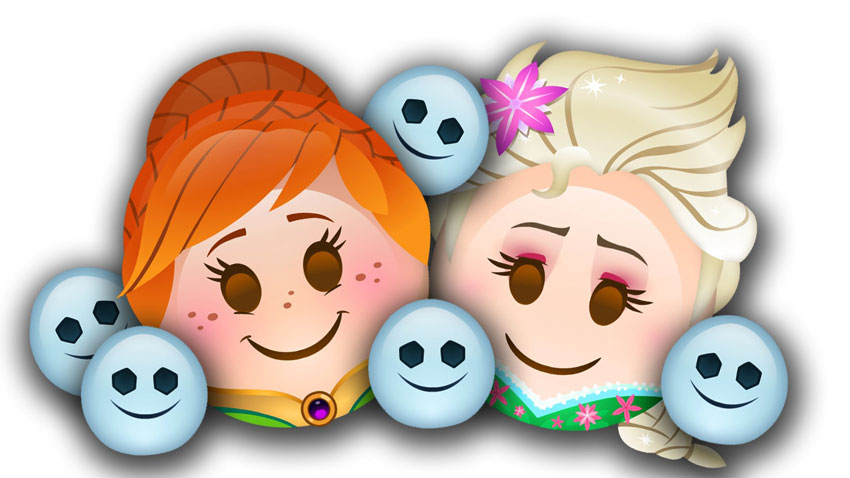 There’s an entire new visual language growing out of social media – emoji. The emoji lets the user tell visual stories in new ways. Of course, Disney is all over its story-telling potential with a new app and videos to show off new Disney emoji.

Today, Disney is giving fans an entirely new way to experience the story of Walt Disney Animation Studios’ short, Frozen Fever, with the Frozen Fever as Told by Emoji video. Watch as emoji-fied versions of Anna, Elsa, Olaf, Kristoff and of course, the Snowgies, retell their tale through the simplicity of a messaging thread on a mobile phone. The short film’s popular song “Making Today A Perfect Day,” written by the Academy Award-winning songwriting team Kristen Anderson-Lopez and Robert Lopez, is also featured.

“Frozen Fever as Told by Emoji is a great twist on our Frozen Fever short, delivering the story and sentiment that fans love, with the emoji adding an extra element of fun and whimsy,” said Oscar-winning Frozen producer, Peter Del Vecho.

The video is the fourth installment of Disney Interactive’s As Told By Emoji, a new collection of videos that retell popular Disney stories by recasting our favorite characters as emoji living within a mobile phone. The series continues to grow following the wildly popular releases of Frozen As Told By Emoji and Aladdin As Told By Emoji.

“Disney is always looking for new ways to bring our stories to life,” said Mark Walker, Senior Vice President of Disney Interactive Media. “The As Told by Emoji video series lets us entertain and engage audiences by bringing their favorite tales and characters to digital feeds in ways they haven’t seen before.”

Want to send your own Frozen Fever emoji? Just download Disney Gif, a mobile app that lets you easily send gifs and emojis of your favorite stories and characters via text, email, and other social platforms. Disney Gif also features content from Disney’s “Frozen,” “Star Wars”, Marvel, ABC’s “Scandal,” Disney•Pixar’s “Inside Out,” classic Disney films, and much more. Disney Gif is available from the Apple App Store and Google Play.