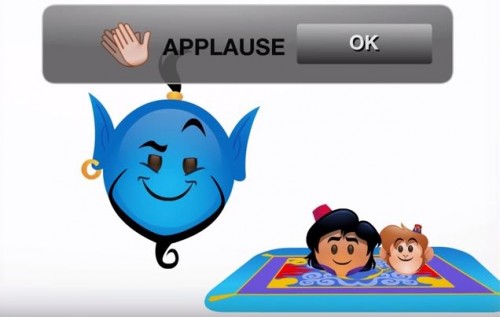 The internet is a wonderful thing, but he to express it? How about with Emojis? Those little icons of ultimate cuteness all started with sideways smiley.

Disney has just made an emoji-fied version of its action-packed adventure and Academy Award–winning animated musical — Aladdin. Aladdin, Jasmine, Genie, Jafar, and the rest of the colorful cast retell the story of Disney’s Aladdin through a whole new world of modern technology.

Rather watch the real movie? I totally understand. You can own it now on the newly issued Aladdin: Diamond Edition Blu-ray DVD.

Previously: Frozen as told by Emoji