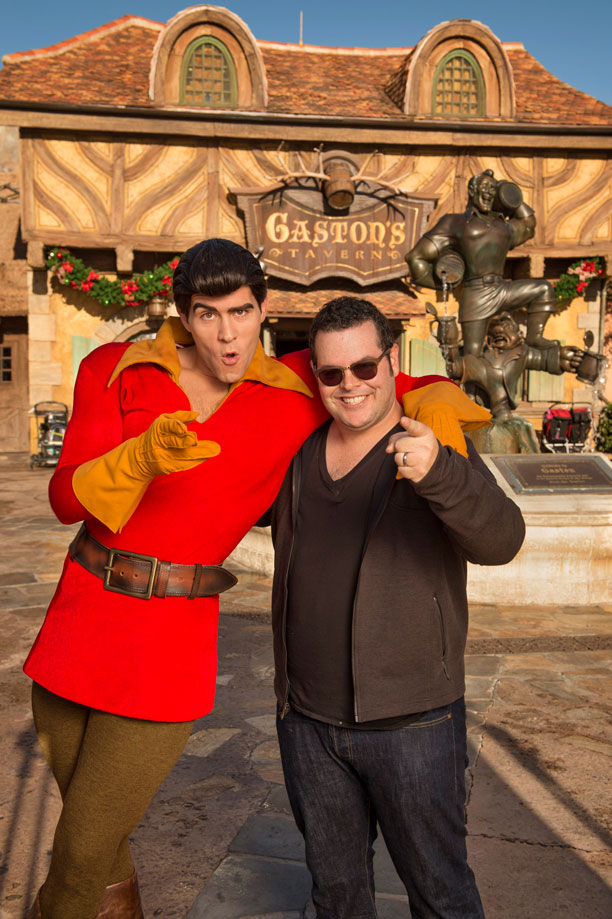 Is that you Olaf? Stay away from that Gaston guy. He may want to add you as a trophy in his tavern.

Actor-singer Josh Gad was spotted hanging out with Gaston on Tuesday, Nov. 24, 2015, while vacationing at Magic Kingdom at Walt Disney World. Gad, who voiced the beloved snowman Olaf in Disney’s “Frozen,” will play Gaston’s foolish sidekick, LeFou, in Walt Disney Pictures’ live-action film adaptation of “Beauty and the Beast.” The film will hit theaters on March 17, 2017.