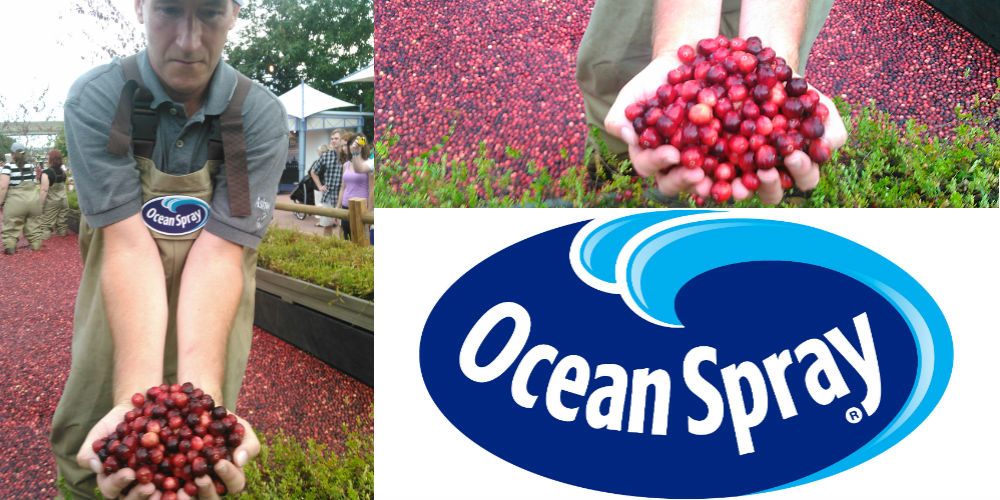 After a one year hiatus, Ocean Spray’s popular cranberry bog has returned to the Epcot International Food & Wine Festival, to help ring in the 20th year of the fest. It welcomes visitors to the food fest with its location on the central walkway leading to the World Showcase

On the first Saturday of this year’s festival, members of the media were invited to actually step into the bog. I wasn’t able to get in the water myself, but I did sit on the edge and get to briefly talk with some of the Ocean Spray representatives in the bog. 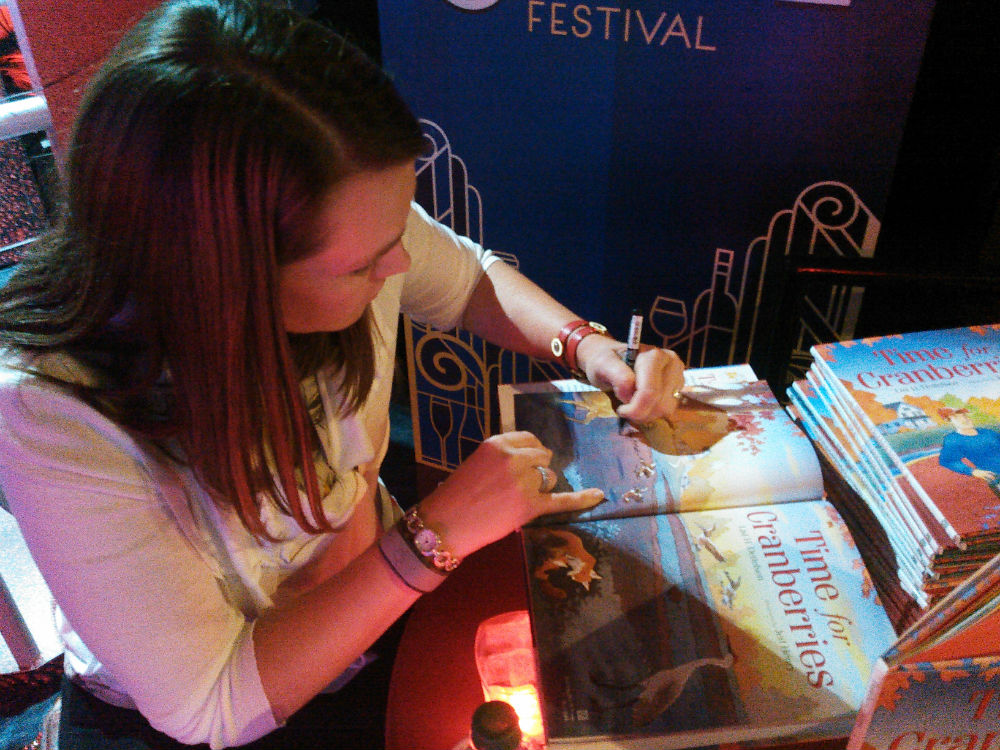 The bog at Epcot contains more than 1,500 pounds of fruit, and guests I talked to loved seeing how their beloved fruit gets harvested. It’s also a good way to teach kids more about the food they eat.

After the bog, we were invited to a reception inside the Epcot Character Spot building, where we could try a virtual reality tour of a cranberry bog, sip a refreshing cucumber and cranberry adult beverage, and sample desserts made with cranberry products. The centerpiece of the tastings was a Liquid Nitro-Fried Cranberry White Chocolate Truffle that was topped with Orange Caramel and crushed Lemon-flavored cookies. 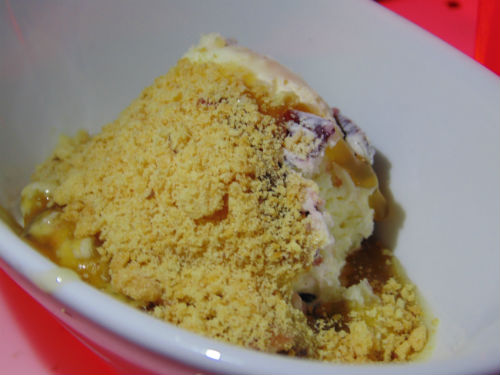 I also got to meet 5th-generation cranberry grower Lisl Detlefsen, who is a children’s book author, too. Her first book, Time for Cranberries, is a beautiful picture book about a young child’s first cranberry harvest that includes a lot of information about the industry that adults will enjoy, as well. 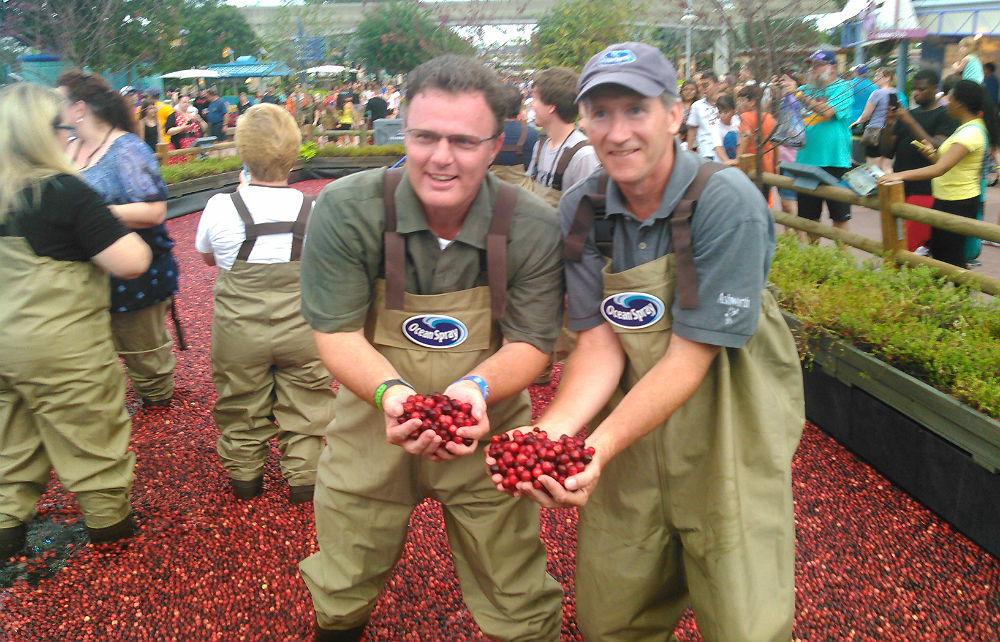 Unfortunately, they don’t let the general public into the bog, but there will be Ocean Spray cranberry growers and Disney cast members who can answer your questions about it during the run of the festival, which happens to coordinate with harvest time in the U.S. 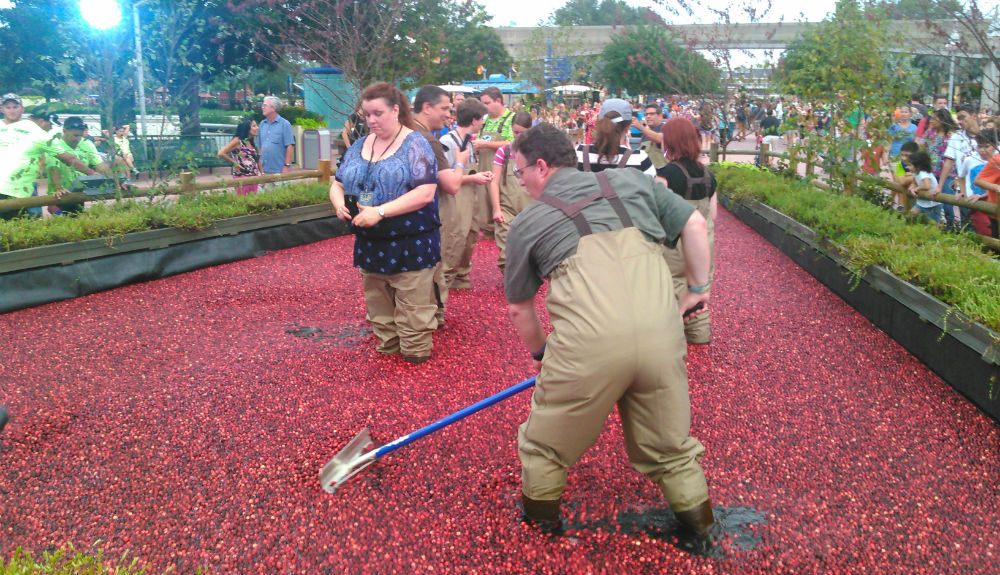 Guests at the Epcot International Food and Wine Festival can also enjoy Ocean Spray cranberries in Craisin version (dried cranberries), as a free sample near the bog, and in several food samples for sale at the booths. At the Cheese Studio booth, guests can enjoy La Bonne Vie goat cheese served with Craisin bread. as part of a Trio of Artisan Cheese. And the Hops & Barley Marketplace offers a carrot cake with Craisins and cream cheese icing that is very yummy, too.

Ocean Spray’s cranberry bog is one of many reasons why the 20th Epcot International Food and Wine Festival is not to be missed. It runs through November 16, 2015.