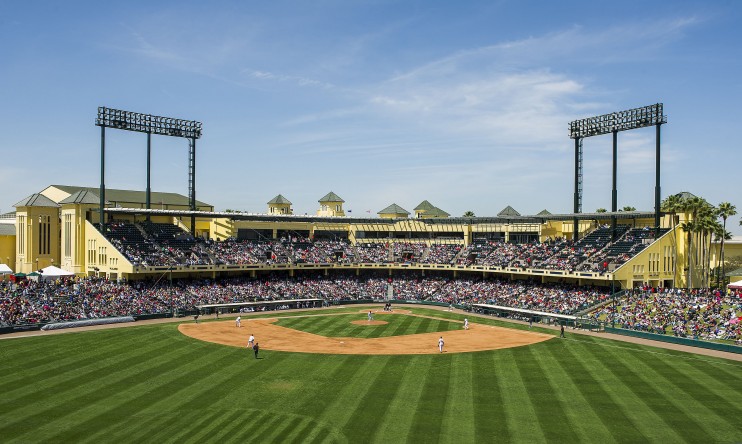 “The games are meant to reconnect the Hispanic community in Central Florida with Caribbean Baseball, especially those of Puerto Rican descent living in the area which, for the most part, are already second and third generations and have never had the opportunity to witness our baseball,” said Cangrejeros de Santurce President Dr. Miguel Sosa Padilla .

“Our level of play here in Puerto Rico is highly underestimated by the rest of the baseball world,” said Cangrejeros General Manager Frankie Higginbotham. “Most Major League Baseball players in the Minor League system look to us for the opportunity to polish their skills and develop their level of play during the winter in order to make a definite statement when they report back to their teams for spring training,” he added.

“Puerto Rico has been a Latin American baseball powerhouse for many years and is now living a resurgence with young players such as Carlos Correa, Francisco Lindor, and Eddie Rosario taking charge in re-establishing prior prominence,” said Sosa Padilla.

Cangrejeros de Santurce, the designated home team in this series, is one of the marquee teams in Caribbean Baseball and the reigning champions of the Roberto Clemente League. The Indios de Mayaguez are the Clemente League’s sub-champion this past season. Among the marquee Major League Baseball players who played in the Puerto Rican Baseball League are Roberto Alomar, Bobby Bonilla, Ivan Rodriguez, Edgar Martinez, Juan Gonzalez, Bernie Williams, Ruben Sierra and Clemente.

The Latin Baseball Festival, which is a salute to Puerto Rico and follows National Hispanic Heritage Month, marks the first time Clemente League teams will play official regular-season games within the continental U.S. The league last played outside of Puerto Rico in the Inter-League Series in 2009 and played with the Dominican Republic Professional Baseball League.

The Latin Baseball Festival builds on the rich history of professional baseball at ESPN Wide World of Sports Complex. The complex is the long-time home of Atlanta Braves spring training and was a host site during the inaugural World Baseball Classic in 2006. In addition, the complex hosts a variety of youth and adult baseball events, including national elite-level youth tournaments, international amateur events as well as adult tournaments. Among the key youth baseball events is the Disney International Salute to Baseball, Disney College & High School Spring Training, Disney New Year’s Baseball Classic, Disney Turn Back the Clock Weekend and Disney Sun & Surf Baseball Bash.