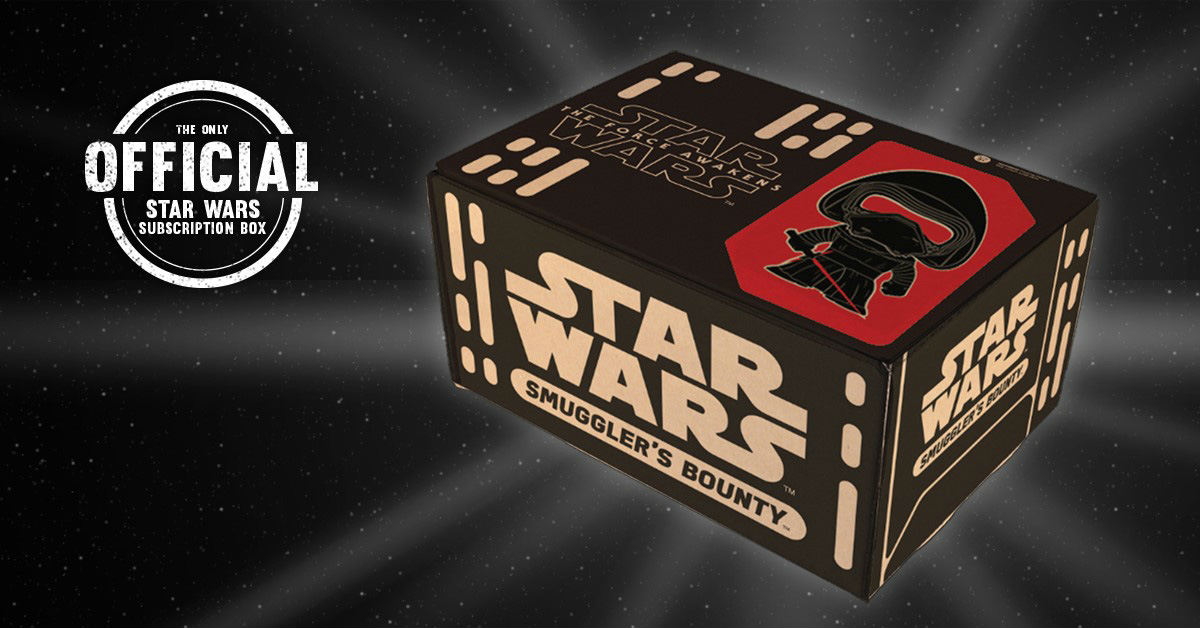 Just in time for your holiday dollars, LucasFilm and Funko have joined together for a Star Wars collector’s box subscription service called Smuggler’s Bounty.

Like Funko’s previous collaboration with Marvel, this subscription box will ship every two months, and feature exclusive Star Wars-themed Funko collectibles that are tied in to that box’s theme.

The first theme will be Star Wars: The Force Awakens, since the first box drops in November, right before the movie’s release in December. Future boxes will highlight different parts of the Star Wars universe.

Included in this first box will be two exclusive mystery Pop! Vinyls from Funko, and a shirt in your choice of size. Oh, and a cool designed shipping box, perfect for holding your collectibles, once you’ve unboxed them.

Beyond that, the box’s contents are not being revealed. However, Funko promises every box will contain at least $50 worth of collectibles.

I’m definitely signing up. I got the Avengers box from Funko and Marvel’s Collector Corps, and it had some great stuff in it.

If you want to sign up, or if you want more information (there’s a great FAQ at the site), visit smugglersbounty.com. You have until November 12 to sign up for this first Star Wars: The Force Awakens box.