Review: Pixar elevates emotions to stars in “Inside Out” 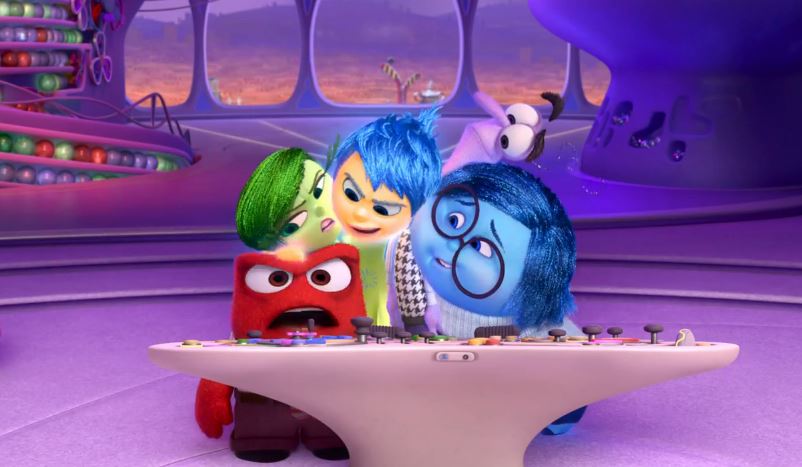 The decision to see Pixar’s “Inside Out” this weekend is a no-brainer. It’s the most wonderful film of the year with a fantastic story and full of emotion that plays on every level.

The idea for “Inside Out” began 5 years ago when Director Peter Docter was struck by how sad his 11-year-old daughter was. He wondered what was going on in her mind to explain the change. Following that thread he started researching human emotion, neuroscience, and the brain and eventually the story for “Inside Out” was conceived.

The central stage upon which Pixar has decided to set its masterpiece is the mind of a young girl – Riley. We first meet Riley when she is newborn and the first thing that materializes into her consciousness is Joy – both literally and figuratively in the form of the character of emotion Joy (voiced by Amy Poehler).

Joy and the other four emotions, Sadness (Phyllis Smith), Fear (Bill Hader), Anger (Lewis Black) and Disgust (Mindy Kaling), who join her over the years of Riley’s youth, don’t have a manual. They’re just set in front of the controls of “headquarters” (it’s supposed to resemble the hypothalamus where memories are processed) and sort of experiment in a ‘what does this button do” sort of way as they try and help Riley succeed at life. Along the way they learn about life at the same time Riley does.

Each emotion is a little personality responsible for a core area of Riley’s life. They also take care of her memories before they are either sent to long-term storage or added to the Core Memory area. Core memories are the foundation of who Riley is.

Everything seems to be going well until Riley’s family moves to San Francisco so her father can take a role with a startup company. Sadness steps in and Riley’s core memories are scattered. This sets up Riley and her emotions for a roller coaster ride as she is forced to leave all that makes up her core.

During this delicate phase in Riley’s life, her emotions of Joy and Sadness are lost and she is left to be controlled by Fear, Anger, and Disgust. It works out exactly as you might imagine. 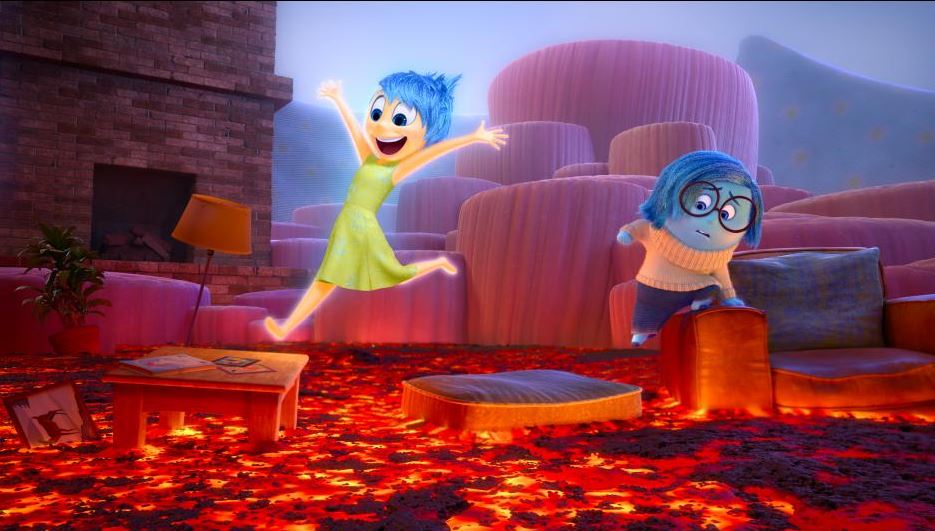 Meanwhile Joy and Sadness have to find their way back to headquarters. They enlist the help of Bing Bong, Riley’s imaginary childhood friend, and travel through the various core sections of Riley’s mind.

Normally, when I’m reviewing a film, I take a lot of notes. I wrote down two words at the beginning of “Inside Out” and was sucked completely into Riley’s world for the rest of it. The story is complex and it’s relateable.

My 11-year-old son, who is exactly the target market for “Inside Out” was leaning forward the whole time also totally enthralled with the story and the characters. As a parent, I could look at what was going on in the movie and relate it to my son’s life and my own life growing up as well. Even if you don’t have kids, you were no doubt a child once yourself and will find a lot of hooks you can hang your hat on in the story.

This is the first film from Pixar I think you could play in middle school and get away with it counting toward their health education credit. You wouldn’t get a single complaint from the kids and they’d learn something valuable about themselves and others around them.

Pete Docter (“Up” and “Monsters Inc”) directs and brings a complexity to the story that remember from his earlier works. Everything, from the animation to the pace, is fluid and familiar. Michael Giacchino does a solid job with the score (when does he not), that of course, is timed to increase the emotional moments of the film. And the creative lands of the mind that you follow Joy and Sadness through leave you wishing you could book a return trip immediately.

My biggest problem with the film was that every time the story returned to the exterior of Riley’s life, it was a bit of a downer, mostly due to the nature of what the film was exploring. As the audience you could see why she was making bad choices or feeling gloomy and just wanted to get back to the interior part of Riley’s life where all that could be fixed. That’s not to say “Inside Out” is depressing. There is a lot of fun in the way the five emotions attempt to deal with the situations set in front of them.

You won’t be surprised to learn that as of today. Pixar’s “Inside Out” had a 100% Fresh rating on Rotten Tomatoes with 98% of users saying they want to see it.

There are a few other shows or movies “Inside Out” will remind you of – Herman’s Head for one, also the Cranium Command attraction that used to exist at EPCOT Center. I was reminded of Albert Brooks’ movie “Defending Your Life” where the main character is in purgatory and has to re-watch his life and defend his actions before he can ascend. (Interestingly both Inside Out and Defending have a tie to the Hollywood Movie factor metaphor) I could watch that film over and over and I know I’ll soon be saying the same thing about “Inside Out.”

Of course, preceding “Inside Out” is a wonderful little short animated film from the crew in Emeryville. “Lava” takes a simple song, with a few corny lyrics, and even simpler story and makes something amazing out of it. I guarantee you will be humming this song for weeks.

Get yourself to the theaters this weekend and take in Pixar’s “Inside Out.” Bring the whole family and soon you’ll be talking about the emotions in your own head. Be sure to stick around for the credits which takes you inside the minds of others and will leave you laughing in the aisles.